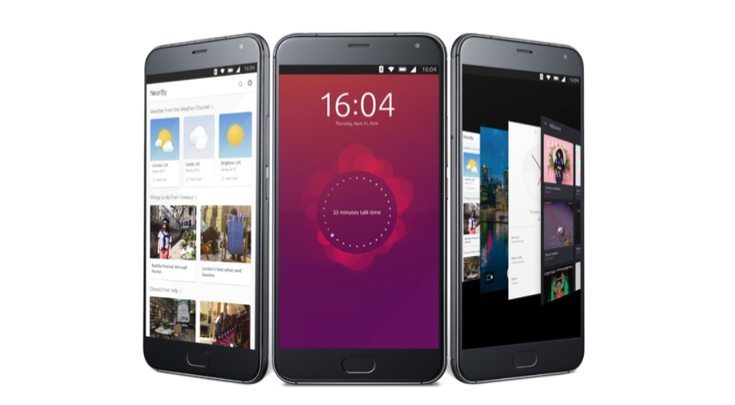 Canonical may be a name that not all readers are familiar with, but the company is responsible for an alternative operating system called Ubuntu. It’s always good to have further choice and recently we told how a Ubuntu Edition of the Meizu Pro 5 was expected to be introduced soon. Now the Meizu Pro 5 Ubuntu special has been officially launched.

This is not the first time that Meizu and Canonical have teamed up to offer a Ubuntu version of one of the company’s Android smartphones. We imagine there will be plenty of interest in this latest collaboration, as it’s the highest specification Ubuntu handset so far. Meizu has announced that international pre-orders for the Meizu Pro 5 Ubuntu Edition will open some time next week during MWC 2016. However, the company has not yet announced the price of this Ubuntu version.

Just as we expected the specs run along the same lines as the Android Meizu Pro 5. Therefore it packs a 2.1GHz Exynos 7420 octa-core processor, and a 5.7-inch AMOLED display with Full HD resolution of 1920 x 1080. Further specs include 3GB of LPDDR4 RAM, 32GB of internal storage, a 21-megapixel rear camera with dual-tone LED flash and phase detection autofocus, and a 5-megapixel front-facing shooter.

The Meizu Pro 5 Ubuntu Edition is a dual SIM handset but the battery capacity has not been specified yet. However, we’d be surprised if it’s not the same 3050 mAh battery that’s in the Android version of the phone, and it also seems likely to support 4G LTE connectivity as well. Speaking about the launch Meizu VP, Li Nan, said,

“Having successfully launched our first device together in 2015, this new innovation demonstrates our close partnership, and continued desire to develop the most innovative and interesting mobile experiences for consumers all over the world. We have some interesting plans and so we’re looking forward to further deepening our partnership with Canonical in the future.”

Recently we’ve been hearing leaks about a Meizu Pro 5 Mini version on the way, although we haven’t heard that there may be a Ubuntu alternative for this still unofficial handset. When we hear more about the Meizu Pro 5 Ubuntu Edition price and availability we’ll bring you that information. Are you a potential buyer of this Ubuntu-running smartphone?