BQ Aquaris X5 Plus to run Android 6.0.1 on release 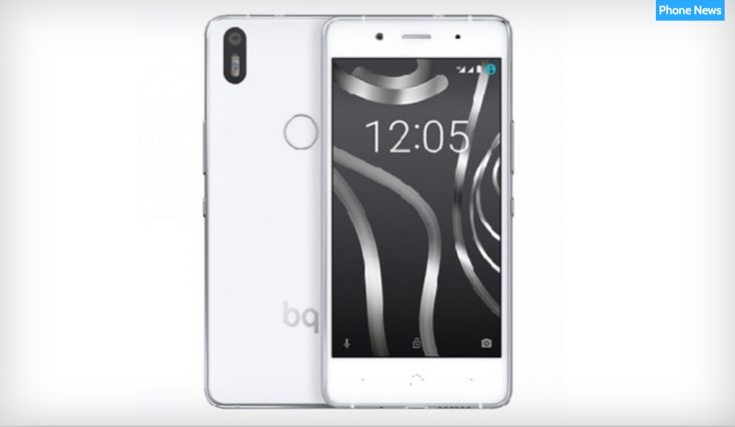 Some readers may know of the BQ Aquaris X5 smartphone that released last year. Now the Spanish manufacturer has announced the BQ Aquaris X5 Plus at MWC in Barcelona. A nice bonus with this phone is that it will release running Android 6.0.1 Marshmallow.

The specs list for the BQ Aquaris X5 Plus is a notable step up from the Aquaris X5. It packs a 1.4GHz Snapdragon 652 octa-core processor (the first smartphone to use this chipset), with Adreno 510 graphics. It has a 5-inch display with Full HD resolution of 1920 x 1080, and it’s juiced by a 3100 mAh battery.

It comes in variants with 2GB or 3GB of RAM, and both come with choices of 16GB, 32GB of 64GB of internal storage. There’s a 16-megapixel rear camera with the same Sony Exmor IMX298 sensor that’s used on the Huawei Mate 8 flagship, with f/2.0 aperture and dual-tone LED flash. Meanwhile the front-facing camera is an 8-megapixel unit with Sony IMX219 sensor and f/2.0 aperture.

Connectivity is catered for with 4G LTE, HSPA+, WiFi, Bluetooth 4.1, GPS, NFC, and microUSB. The phone weighs 150g, is 7.7mm thick, and features a fingerprint scanner on the reverse. The company hasn’t yet announced the price of the BQ Aquaris X5 Plus or when it will be available, though we expect to hear more on that soon.

The BQ Aquaris X5 Plus, running Android 6.0.1 Marshmallow out of the box, is shaping up to be an interesting handset. Much will depend on the pricing of the device and while we wait we’d like to know what sort of price you would be willing to pay for this upcoming smartphone?