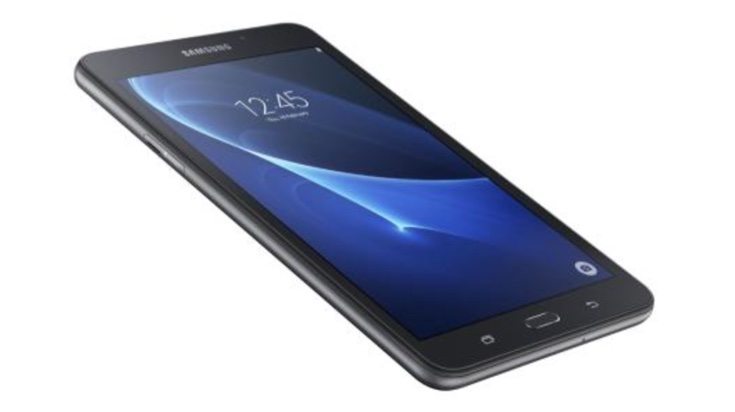 The two variants of the Galaxy Tab A 7.0 (2016) that have appeared have model numbers SM-T280 and SM-T285. The first model number is WiFi-only while the second is a 4G LTE/WiFi variant. Specs of the device include a 1.3GHz quad-core processor (chipset unspecified), and a 7-inch IPS display with resolution of 1280 x 800.

Further specs of the new Samsung Galaxy Tab A 7.0 include 1.5GB of RAM and 8GB of internal memory that can be expanded to 200GB via microSD. It has a 5-megapixel rear camera, 2-megapixel front-facing snapper, and a 4000 mAh battery to supply the juice. The battery is claimed to last for up to 11 hours of Internet use or 10 hours of video playback.

The Samsung Galaxy Tab A 7.0 runs the Android 5.1 Lollipop OS skinned with the company’s TouchWiz UI. Both variants include WiFi, Bluetooth 4.0, GPS, and microUSB 2.0. The tablet measures 186.9mm x 108.8mm x 8.7mm and weighs in at 283g. As far as the design is concerned it has a textured back panel for a good grip and it’s offered in Black or White colors.

Would you be tempted to purchase the new Samsung Galaxy Tab A 7.0? What do you think of the pricing for these new tablet models?