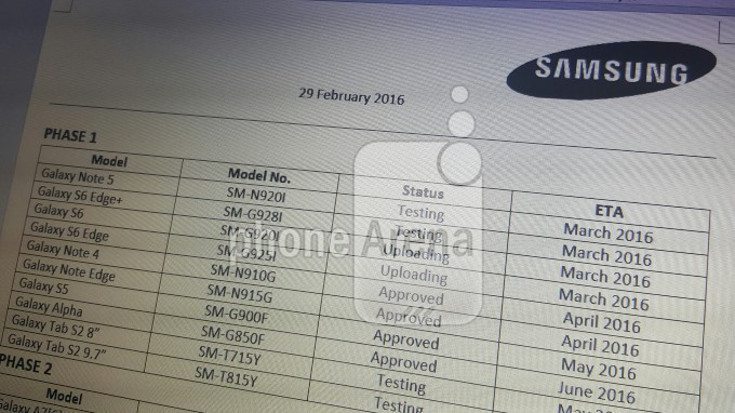 Nothing is worse than having a sleek new smartphone that’s stuck running an outdated OS. The Samsung Galaxy Marshmallow update is something millions of consumers have been waiting on, and details surrounding its general release may have finally been revealed.

If there was an award given by consumers for timely updates on the smartphone side of things, we’re guessing Samsung wouldn’t win it. The company has never been overly quick about getting their updates out although we’ll cut them a bit of slack as carriers tend to slow things down. News of the Samsung Galaxy Marshmallow update has been sparse, but a new Roadmap may have finally given us an idea of when it will arrive for certain handsets.

While it’s great to finally get some kind of news on the Samsung Galaxy Marshmallow update for recent Galaxy devices, keep in mind nothing is concrete. While the leak appears to be legit, we’ve seen timelines bumped back too many times to count and depending on how you purchased your phone, you may still have to wait for carrier clearance.

Are you looking forward to finally receiving the Marshmallow update for your Galaxy device?