Haier Esteem i90 gets listed with 3GB of RAM and LTE 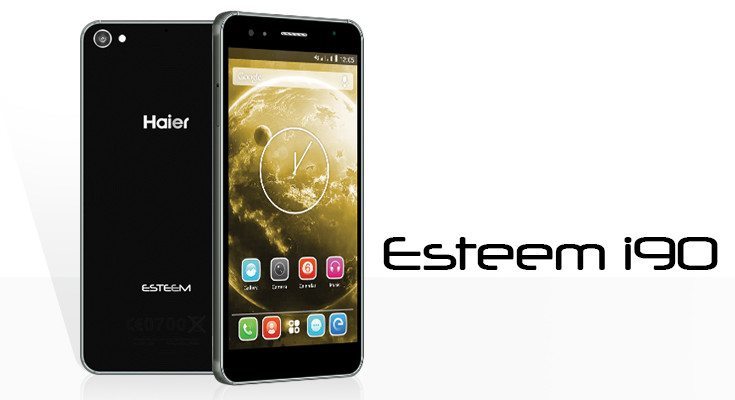 Haier has already announced a handful of products since the calendar flipped over to 2016. The Haier Esteem i90 is one of their latest handsets, and it is set to debut in Pakistan with a price tag of around $225.

The last time we took a look at Haier they had just unveiled the Haier Watch back at MWC 2016. While we haven’t heard much about that gadget since that time, the Haier Esteem i90 is gearing up to launch with some very solid specifications. It’s a bit beefier than what we are used to seeing from the company and it will carry a reasonable price tag to boot.

According to the specs listing, the Haier Esteem i90 will feature a 5-inch IPS display with a resolution of 1,280 x 720 and is powered by a 64-bit quad-core chip clocked at 1.3GHz. That processor will get some help from 3GB of RAM while the internal storage is listed at 16GB but expandable. On the backside, you’ll find a 13MP snapper with an LED flash while the front-facing camera is listed at 8MP. Bluetooth, Wi-Fi, GPS, 4G LTE, and a 2,050mAh battery round things out along with Android 5.1.

At the moment, we aren’t sure what regions the Haier Esteem i90 will land, but it is bound for Pakistan with an expected price tag of around $225. That would put in a nice price range given its specs, which means we could see a wider release on this one down the road.