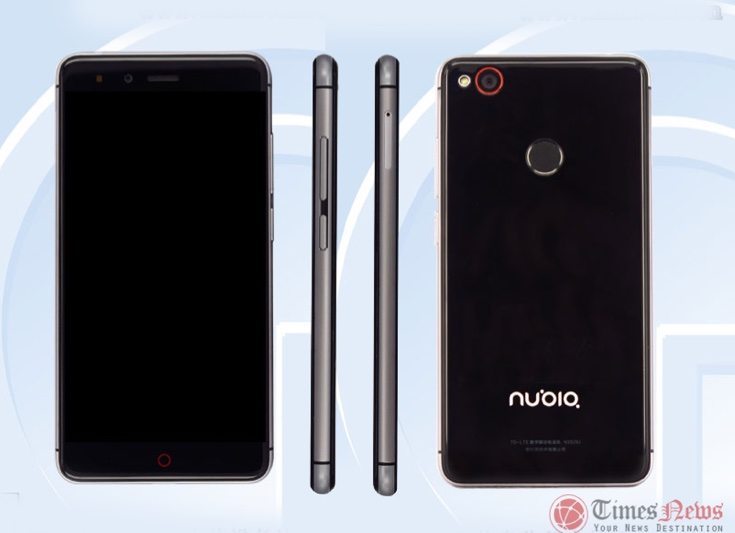 When we see previously unknown devices turn up at Chinese regulatory authority TENAA, it’s often a sign that we will hear something official soon. A smartphone titled the ZTE Nubia NX529J has just been approved by the certification authority, and this has disclosed some specs of the upcoming handset.

The TENAA certification filing shows the ZTE Nubia NX529J to be another high-end ZTE device on the way. This comes just after we published news on a prospective ZTE Axon 2 that had some specs revealed in a benchmark appearance. The model number for the possible Axon 2 is A2017, but at this stage the final name of what looks to be a top-flight flagship has not been confirmed.

Back to news of the ZTE Nubia NX529J though, and the listing shows this to have an octa-core processor (1.2/1.5GHz) and a 5-inch display with Full HD display resolution of 1920 x 1080. It has 3GB of RAM, and 64GB of internal storage that can be expanded via microSD to 32GB. The rear camera is said to be an 8 or 16-megapixel unit with LED flash, and there’s an 8-megapixel front-facing shooter.

Other details shown in the filing are connectivity options that include 4G LTE, 3G, 2G, WiFi, Bluetooth, GPS, and USB. The handset measures 141.9mm x 70.4mm x 8mm and weighs in at 138g. The certification also includes some images of the handset so we can take a look. One final piece of information is that the Nubia NX529J will come in black and white color choices.

Unfortunately the TENAA spot doesn’t give us the battery size of the device but it does show that there will be a fingerprint scanner on the rear of the handset. Following the phone being approved by TENAA we anticipate that there will be an official launch before too much longer. What are your first impressions of the ZTE Nubia NX529J as shown by this certification?