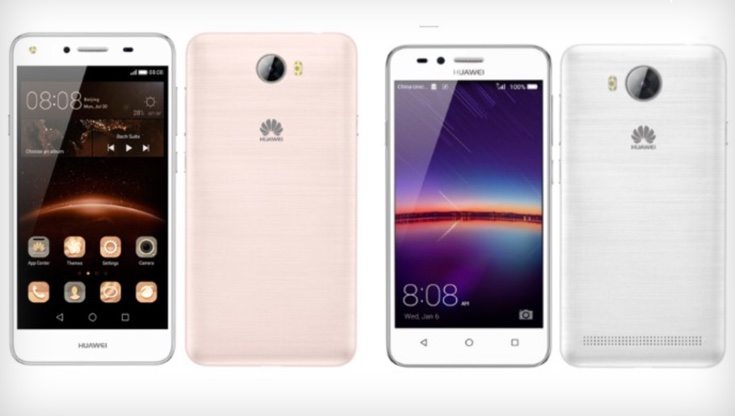 There’s news today of two new Huawei smartphones heading to availability. The Huawei Y5II and Y3II official specs have been listed on the company’s website, although the prices and release dates have not been announced yet. From the specifications we expect both to be affordable handsets.

The Huawei Y5II has the better specs of the two, and the 4G version is powered by a 1.3GHz MediaTek MT6735P 64-bit quad-core processor with Mali-T720 graphics. A 3G variant is equipped with a 1.3GHz MediaTek MT6582 quad-core processor with Mali 400 graphics. The phone has a 5-inch IPS display with HD resolution of 1280 x 720, and packs a 2200 mAh battery. There’s 1GB of RAM and 8GB of internal storage (expandable with microSD card).

Moving on to the lesser-specced Huawei Y3II, it has a 4.5-inch IPS display with FWVGA resolution of 854 x 480. It carries a 5-megapixel rear camera with LED flash, and a 2-megapixel front-facing snapper. This one is juiced by a 2100 mAh battery, measures 134.18mm x 66.7mm x 9.9mm, and weighs in at 150g. All of the other specs are the same as for the Y5II including the processor alternatives. The color options are also the same.

Now that both phones have appeared on Huawei’s website we expect to hear official prices and availability details very soon. Do check back with us and we’ll bring you further information as we get it. Are you in the market for a new affordable Huawei smartphone? If so are you more likely to choose the Huawei Y5II or the Huawei Y3II?