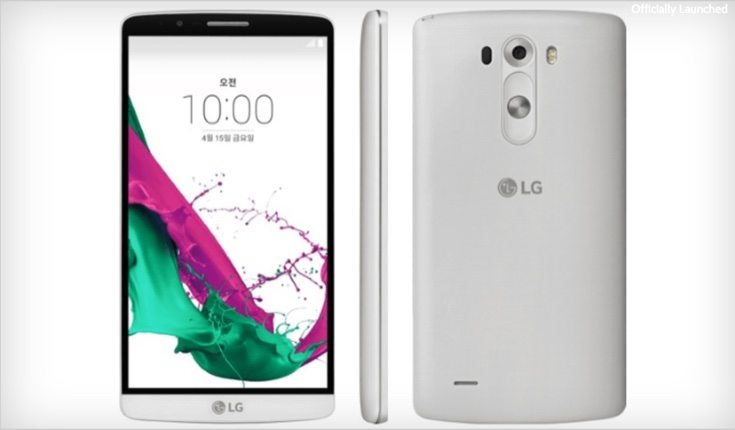 It’s not long since LG introduced its G5 flagship and now a new mid-range smartphone from the company has been introduced. The LG L5000 (F590) launch brings a handset powered by an in-house Nuclun SoC. The speculation is that LG is investing more in the chipset side of its business so we could be seeing many more smartphones packing Nuclun processors soon.

The LG L5000 (F590) has debuted for its home country of South Korea, and there’s no news yet on whether it will become available in other markets. As far as its appearance is concerned the phablet is not unlike the LG G3. The round power button and volume rocker are on the reverse of the handset rather than on the side of the device as with the LG G5.

Further specs include a 13-megapixel rear camera with laser autofocus, LED flash, and OIS+, as well as a 2.1-megapixel front-facing selfie snapper. The handset measures 157.8mm x 81.8mm x 9.45mm and weighs in at 182g. Android 5.1 Lollipop is the OS version and that’s skinned with the UX UI. Features of the phone include a built-in DMB-TV tuner for live TV streaming, and also a 1W speaker amplifier for enhanced audio.

Unfortunately we don’t have news on pricing at this time. If we hear more about availability of the LG L5000 (F590) outside Korea we’ll be sure to let you know. Depending on the price would you consider buying this new LG smartphone if it releases for further markets?