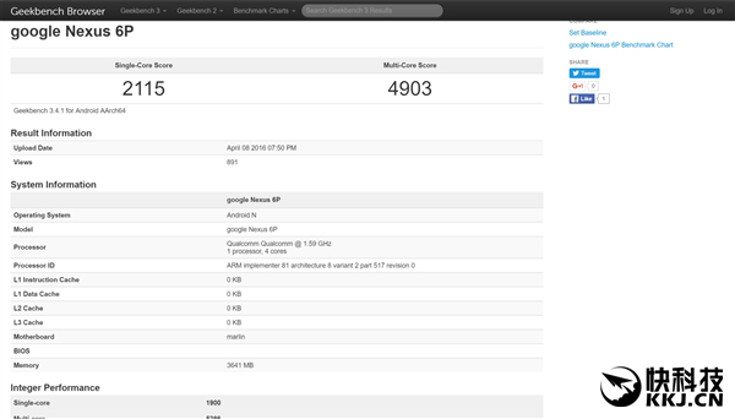 Remember the HTC Nexus we told you about just yesterday? Well, there is more Nexus news today as a variant of the Nexus 6P has shown up online in a new benchmark listing.

What a difference a day makes. Yesterday, the portion of the net that digs mobile phones broke got a little excited when news of an HTC-branded Nexus broke. Two sources claimed that the HTC Nexus would arrive this year, and there would be two smartphones with the HTC Nexus S1 and the HTC Nexus M1. One of them may have just leaked through GeekBench, as a device dubbed the Nexus 6P has just gotten listed online.

The smartphone on GeekBench appears to carry the same name as last year’s model, but that is where the similarities end. This one will have the new Snapdragon 820 and 4GB of RAM under the hood, which is the incremental jump we expect from last year’s lineup. It was listed running Android N as well, but that’s the only solid information to come from the listing.

Huawei was a great pick for the Nexus 6P last year, but it rumors prove true, HTC will be at the helm of the new Nexus 6P if that’s what they stick with. We don’t think that will be the case, but we may have to wait a while to find out what Google will call this year’s batch of Nexus devices and who will be behind them.