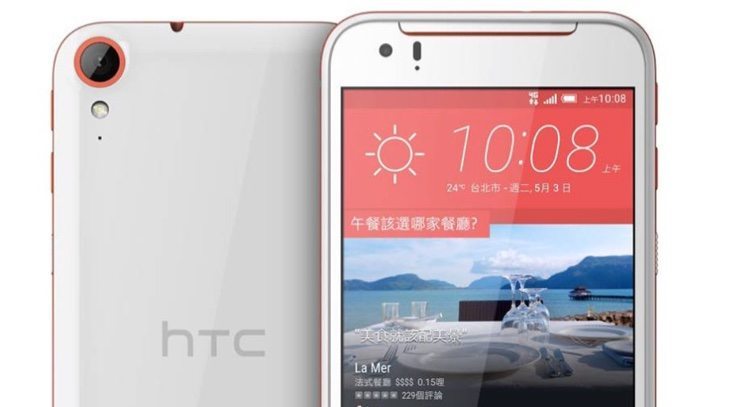 It’s only a week or so since we reported on leaked specs for the HTC Desire 830, and now the smartphone has just been officially launched in Taiwan. The HTC Desire 830 price has been made official at the unveiling, and we also have news on the confirmed specs, release date and more.

There’s always interest in new HTC phones and the Desire 830 will release in Taiwan on May 6th. There’s no news yet on the global rollout but we expect that it will follow to further markets. The HTC Desire 830 price that has been announced for Taiwan is TWD 9,990. That’s equivalent to around US $310, Â£210, or Rs. 20,560, although that’s merely an indicator as prices can vary according to region. The phone comes in White with Blue or White with Orange color choices.

Confirmed HTC Desire 830 specs largely tie in with leaks. They consist of a 1.5GHz MediaTek MT6753T octa-core processor, Mali-T720 graphics, and a 5.5-inch display with Full HD resolution of 1920 x 1080. The phone has 3GB of RAM, and 32GB of internal storage that can be expanded with microSD to 2TB. Juice is supplied by a 2800 mAh battery, and the phone features dual front-facing speakers with BoomSound and Dolby Audio.

The handset measures 7.79mm thick and weighs in at 156g, and it’s likely that there will also be an HTC Desire 830 dual SIM version for some markets. Are you a prospective buyer of this new HTC smartphone? If so, what are your thoughts on the newly confirmed HTC Desire 830 price?