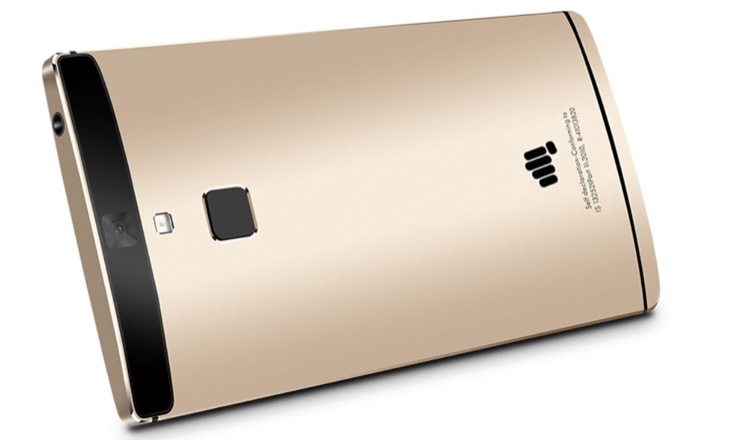 Last month Micromax officially introduced the Canvas 6 smartphone alongside the Canvas 6 Pro, but pre-orders for the regular version were not available straight away. That has all changed and we have information about the Micromax Canvas 6 release date. Pre-orders are now open for this new smartphone and you’ll be able to get your hands on it very soon.

As announced at the launch the Canvas 6 price is Rs. 13,999. It can now be pre-booked from the official Micromax store with a payment of Rs. 1,000. The handset is offered in a gold color, and the Micromax Canvas 6 release date for pre-orders is currently shown as May 10th, so there are just a few more days to wait.

Just in case you missed the launch news we’ll recap the key specifications of the device. Micromax Canvas 6 specs include a 1.3GHz MediaTek MT6753 octa-core processor, Mali-T720 graphics, and 5.5-inch Full HD display (1920 x 1080 resolution). The phone has 3GB of RAM, and 32GB of internal memory that can be expanded by microSD card.

The dual SIM handset has a 13-megapixel main camera at the rear that has PDAF and LED flash, and there’s also an 8-megapixel front-facing shooter. It’s juiced by a 3000 mAh battery claimed to last for up to 305 hours on standby or up to 25 hours of talk time. Connectivity is catered for with 4G LTE, WiFi 802.11 b/g/n, Bluetooth 4.0, and GPS. The phone runs the Android 5.1 Lollipop OS with Around UI and it also features a fingerprint sensor.

It’s a sleek looking device with a full metal unibody build that’s likely to appeal to plenty of buyers. It comes with a variety of pre-loaded apps, and just a few of these are Amazon Shop, Hike, Gaana, Opera, Max, Opera Mini, Quikr, Skype, Snapdeal, and Swiftkey. Games include Temple Run Paradise and Monster Truck Saga. Are you heading to the Micromax store today to pre-order the Micromax Canvas 6?