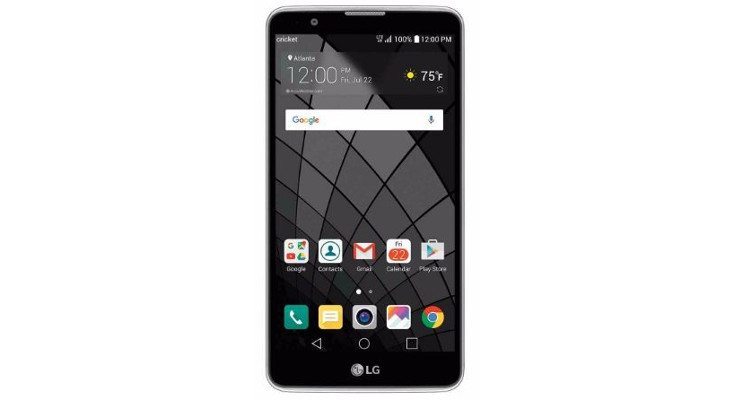 LG introduced the LG Stylo around this time last year, and it appears a follow-up is headed stateside. The LG Stylo 2 will be available through Cricket Wireless, and it carries an affordable price tag of $169 bucks.

If you don’t like being tethered to a contact, prepaid services are a great way to go. While the Stylo 2 has already appeared through a couple of other prepaid carriers in the states, it’s Cricket’s turn at bat. The handset isn’t quite ready to make its official debut on the carrier, but you won’t have to wait long to scoop one up.

In the looks department, the LG Stylo 2 is a clean looking handset with a plastic shell and a back button that will be familiar to fans of the company. You’ll get most of LG’s software tricks on the Stylo 2, and the specifications aren’t too shabby with a Snapdragon 410, 2GB of RAM, and 16GB of internal storage. The handset has a large 5.7-inch 720p display, and other features to note include a stylus, 3,000mAh battery, 4G LTE, and Android 6.0.

As mentioned, the LG Stylo 2 isn’t ready to roll just yet, so you’ll have to wait until May 13 to pick one up through Cricket. When it lands, it will set you back $169.99 unlocked and Cricket is kicking in a $50 bill credit (double for Magenta) if you’re willing to make the switch.