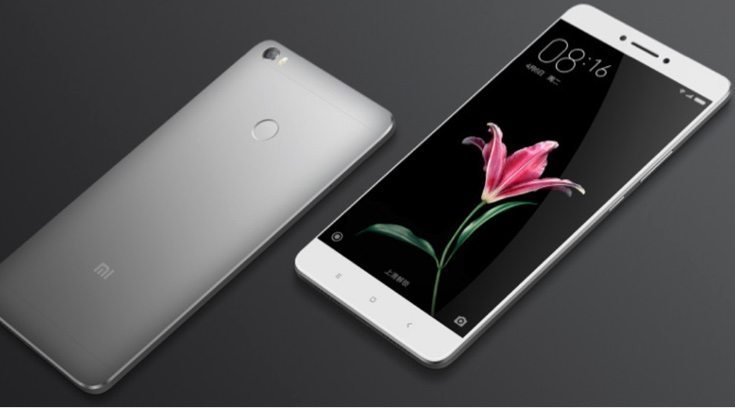 After plenty of leaks Xiaomi has just announced its new Mi Max phablet. There has been a lot of interest in this device and the phone has a metal unibody design and some high-end specs to impress. We have details of the Xiaomi Mi Max price for the three variants at the launch that took place in China today.

The Xiaomi Mi Max has a 16-megapixel rear camera with f/2.0 aperture, PDAF, and dual-tone LED flash. At the front there’s a 5-megapixel rear camera with f/2.0 aperture and 85-degree wide-angle lens. Connectivity is covered with 4G LTE with VoLTE, WiFi 802.11 ac MIMO, Bluetooth 4.2, and GPS + GLONASS. The phablet has a notably sized 4850 mAh battery, and features include an infrared sensor as well as a fingerprint sensor.

The Mi Max runs the Android 6.0 Marshmallow-based MIUI 8. The handset measures 173.1mm x 88.3mm x 7.5mm and it weighs in at 203g. It will be offered in gold, light grey, and silver color choices. Buyers in China can order the Mi Max from today and availability is from May 17. So far there has been no official announcement about availability for other markets, but we anticipate news on that soon.

Going by the interest this device has generated in the run up to its official launch, we expect plenty of demand for this new Xiaomi smartphone. What are your first thoughts on the newly confirmed Xiaomi Mi Max price for the different versions, and of course the device itself?