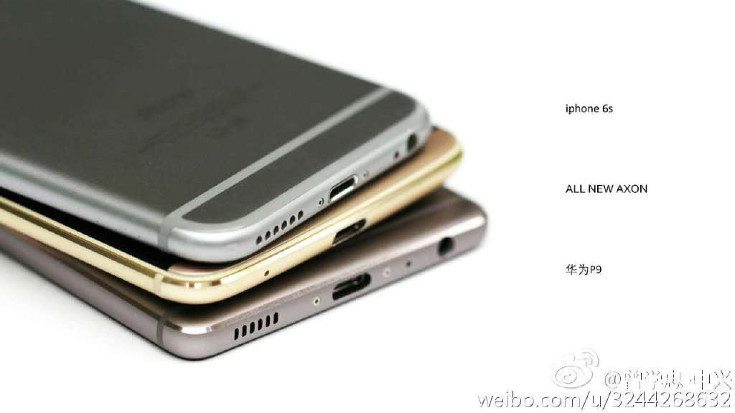 It’s safe to say that we are going to see the Axon 2 smartphone in the very near future. We’ve seen numerous leaks, but if you’re looking for something more concrete, we got it today courtesy of ZTE’s CEO.

The rumor mill churns out dozens of leaks each week, and it can be difficult to sort out the legitimate ones at times. Occasionally, we get an official “leak” or tease from someone at the company, and the CEO of ZTE, Zeng Xuezhong, has done that today. He was kind enough to share a photo of the ZTE Axon 2 on the company’s official Weibo account, which gives us our first official Axon 2 photo.

The device shown in the photo is dubbed “All New Axon” and is placed in between the iPhone 6s and the Huawei P9. While the photo doesn’t show us the new handset front or back, we can they are keeping things simple with the design. The bottom is sans speaker grills or screws, which is clearly different from the iPhone 6s and the P9. As for the Axon 2 specs, the handset has been benchmarked with a 5.5-inch QHD panel, Snapdragon 820, 4GB of RAM, and a 20MP/8MP camera combo.

At this time, we have no idea of when the ZTE Axon 2 release date will arrive, but we’re getting closer as the leaks have picked up over the past few weeks. A placeholder also recently went up on Oppomart for the smartphone, which listed the ZTE Axon 2 price at $599 although it’s far from official. While today’s leak isn’t the most exciting, it leads us to believe an announcement is right around the corner, so we’ll keep you in the loop as more details come to light.