Samsung Galaxy C5 passed through TENAA with 4GB of RAM 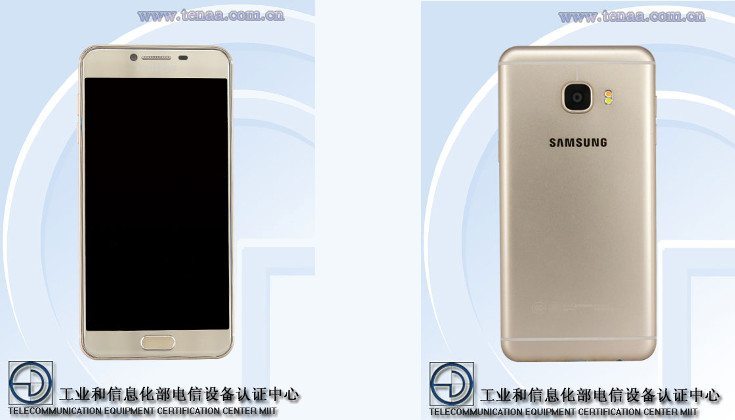 Lately, when we’ve seen a new or unannounced product line from Samsung, it’s been nothing to get too excited about. The C series has changed that, and the Samsung Galaxy C5 has rolled through TENAA with top notch specifications and a slick metal shell.

According to the TENAA listing, the Samsung Galaxy C5 is going to be of average size with measurements of 145.9mm x 72mm x 6.7mm. The metal chassis will protect a 5.2-inch AMOLED panel with a resolution of 1,920 x 1,080 otherwise known as FHD. The chip powering the show will be the popular Snapdragon 617, and you’ll find 4GB of RAM and your choice of 32GB or 64GB of storage under the hood as well.

Connectivity options for the Samsung Galaxy C5 will include dual-band Wi-Fi, GPS, Bluetooth 4.1, and 4G LTE. As is the case with most of Sammy’s nicer devices, you will also get a fingerprint sensor. The front-facing camera is larger than average at 8MP while the rear camera is a more than sufficient 16MP sensor with a dual-tone LED flash. The Samsung Galaxy C5 will run Android 6.0 out of the box with the usual amount of bloatware and will draw its power from a 2,600mAh battery.