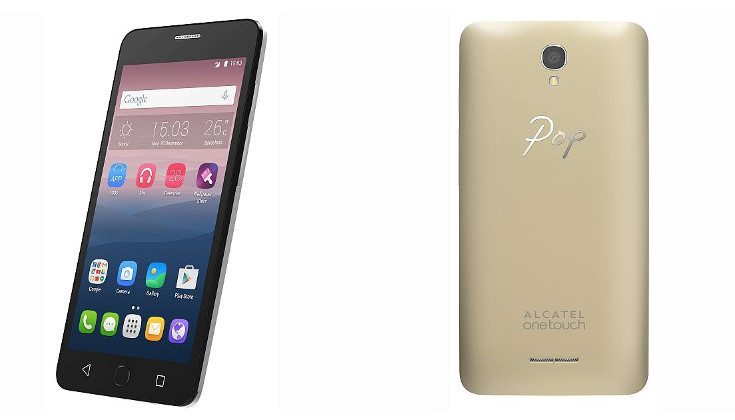 Last week, we brought you news of a handset to keep an eye on in the Alcatel Flash Plus 2. The company is ready to unleash a new handset today with the Alcatel Pop Star, which is coming to India with a price tag of Rs. 6,999.

The Alcatel Pop Star is a smartphone geared towards folks on a budget, but not necessarily due to its price. We’re talking about the specifications, as those put the handset squarely in the lower end of the smartphone spectrum. That said, the Alcatel Pop Star does have a few features that may make it worth a look if you reside in India.

Cameras are a big selling point for smartphones these days, and the Alcatel Pop Star does well in that department. It has an 8MP sensor with an LED flash on the back to go along with a 5MP front-facing snapper. The display is also sufficient for most at 5-inches with a resolution of 1,280 x 720, but things go a bit downhill from there.

The chip powering the Alcatel Pop Star is the MediaTek MT6735P, which is a 64-bit processor quad-core clocked at 1GHz. It’s backed by 1GB of RAM, and the internal storage is listed at 8GB, but expandable up to 32GB with a microSD card slot. Other features to note include Bluetooth, GPS, Wi-Fi, 4G LTE, and a 2,000mAh battery. The Dual-SIM device will run Android 5.1 out of the box.

While we’re used to seeing low to mid-range devices from Alcatel, the price on this one doesn’t do it any favors. The Alcatel Pop Star price is listed at Rs. 6,999, which shakes out to around $103 in the states, so there are definitely better options in that range if you can pony up a few more bucks. If you are interested in the Alcatel Pop Star, you can pick it up from Gadgets 360.