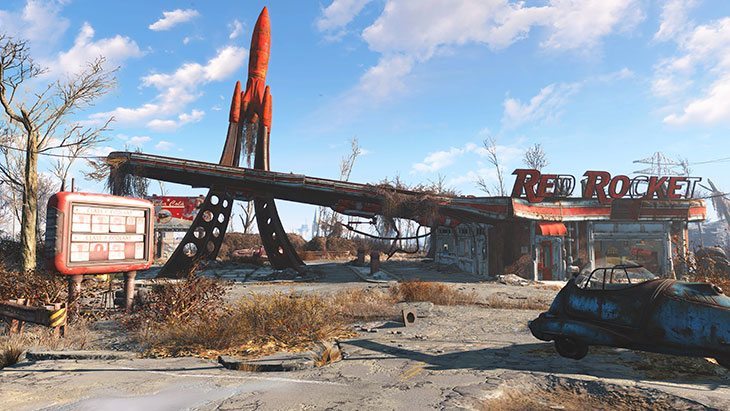 There’s a strong chance you have heard of Fallout 4 or possibly spent a considerable amount of time in the Wastelands. If so, we have great news as a Fallout 4 VR game has been unveiled ahead of an official launch next year.

As we’ve said before, Virtual Reality is upon us and it is definitely her to stay. Until we get actual holograms that is, but while we wait, devices like the Oculus Rift, Gear VR, and HTC Vive are in the wild and impressing gamers around the globe. That said, AAA titles are sparse, but that will change next year with the Fallout 4 VR game release, which Bethesda says is heading our way next year.

E3 is in full swing, and at Bethesda’s conference was a demo of something we didn’t see coming… a Fallout 4 VR game. We knew Doom VR was possibly in the works, but news of Fallout is a bit of a surprise although a perfect fit for one particular platform. That would be the HTC Vive, and according to some folks that played the demo, it’s a mixed bag at the moment.

The Fallout VR demo allows folks to shoot with the 10mm pistol although there is no reload mechanic at the moment, and you are limited to one area in the Sanctuary Hills Red Rocket station. While that may not sound too exciting, it’s an early demo and you will be able to raise an arm to active your trusty Pip-boy. Dog meat is also present at the station, so it is safe to assume a lot of other familiar faces will make appearances as well.

Bethesda didn’t tip their hand to the Fallout 4 VR game release date but said it’s due to hit the streets within the next 12-months… basically next summer. Barring any setbacks, the game should be one of the top selling titles for the system when it arrives and the type of title that may make more folks pony up some dough for the HTV Vive.