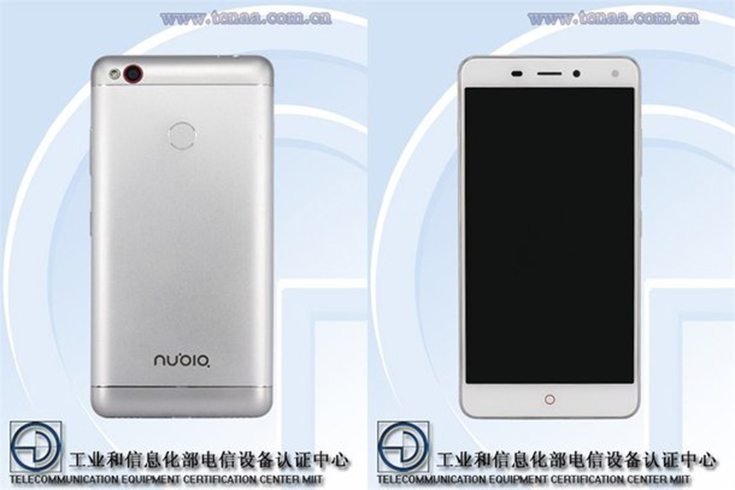 A new Nubia smartphone from ZTE has just passed through TENAA. The Chinese Telecommunication Authority has confirmed almost all the specifications of the new phone and is a mid-range device. The phone is codenamed NX541J and it is not the official name of the phone. There is no official confirmation on the actual name of the phone and it speculated to be a part of the Nubia Z11 lineup. There are already three phones in the Z11 series, namely the Z11, the Z11 Max and the Z11 Mini.

But going by the previous releases, ZTE releases three phones in a particular series. The Z9 series had three phones (Z9, Z9 Mini, Z9 Max) and same was the case with Z5 and Z7 series as well. Therefore, there is a strong chance that this phone will be part of a new series.

The new Nubia phone has a 5.5-inch Full HD display and is 8.95mm thick. It houses a 1.95GHz octa-core processor with 3GB of RAM. The Nubia smartphones are well known for their cameras and this phone has a 13 megapixel rear camera and an 8 megapixel front camera.

Along with the camera, the phone may also have awesome camera optimization software that brings out great images. One thing that is disappointing is that the phone boots from Android Lollipop out of the box. We are approaching the latter part of 2016 and new phones still come out with Android Lollipop.

The one thing that will impress you about this phone is its massive battery. The 4,900mAh battery is one of the largest that we’ve seen on a Nubia phone. It will definitely woo those looking for a phone that doesn’t need to be plugged in every day. The phone may very well last for 2 days with moderate usage, but it all depends on software optimizations as well. The new Nubia phone might be launched alongside the Z11 on June 28th.