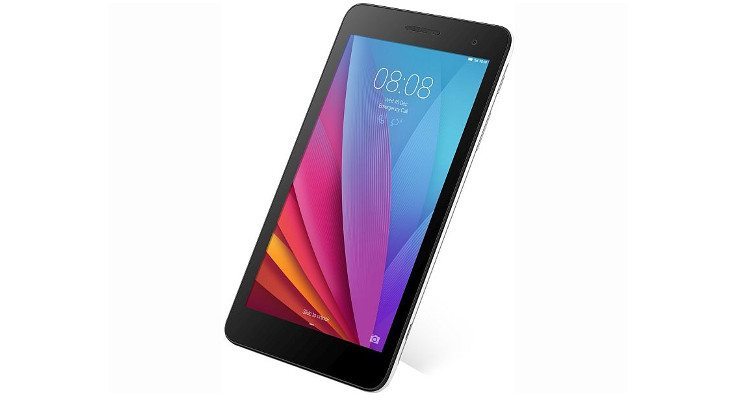 We have covered a slew of smartphones and slates from Huawei this year, but one has eluded our reach. The Honor T1 tablet price has just become official for India today, and we have the skinny on what lies under the hood of Huawei’s Honor-branded tablet.

We recently told you about the Honor 5C’s arrival abroad, but it appears the company wasn’t quite done dropping devices from its Honor lineup. The Honor T1 tablet price has been the subject of a few debates; those can be put to rest today as it will roll into the country with a price tag of Rs. 6,999. How you feel about that price tag depends on what you think about specifications as the T1 tablet isn’t going to break any records in the benchmark listings.

Huawei opted for a 7-inch panel on the Honor T1 and it will carry a resolution of 1,024 x 600. Beneath the glass, you will find a quad-core Spreadtrum processor clocked at 1.2GHz and 1GB of RAM, while the internal storage is listed at 8GB. Thankfully, you can kick that up a notch or two with a microSD card slot, so no worries there.

Slates usually don’t have very impressive camera combos, and the Honor T1 tablet isn’t going to break the mold in that area. That said, you will get 2MP snappers on the front and backside, which is more than some tablets in this range offer. Other features to note include Wi-Fi, Bluetooth, A-GPS, 3G, and a large 4,100mAh battery. On the downside, the slate is listed as running Android 4.4 out of the box.

The Honor T1 tablet price will set you back Rs. 6,999 through Flipkart where it is set to land as an exclusive this Thursday. It is not going to be the flashiest slate on the market, but could be worth a look if you can deal with the outdated OS given it’s just a fuzz over $100 bucks.

What do you think of the Honor T1 tablet price considering those mediocre specifications?