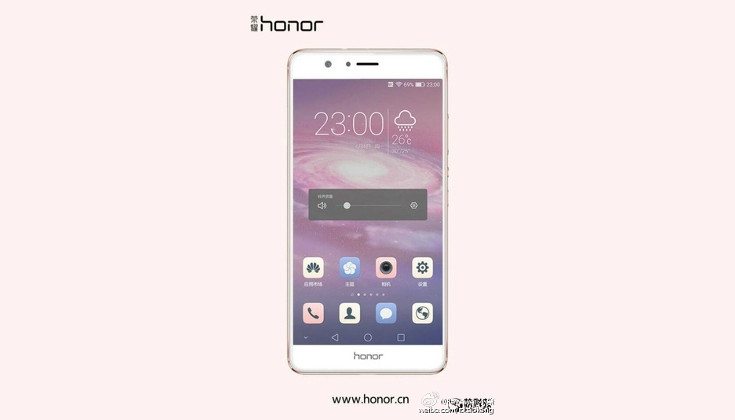 Huawei has been on a roll with its Honor brand lately, and word on the net has them introducing a new family member in the very near future. The Honor 8 is making the rounds through the rumor mill, and is set to debut with high-end specs.

Everyone seems to have a sub-brand these days, and while Huawei’s isn’t as sneaky, the Honor brand is still unknown to some consumers. That is slowly starting to change as the company expands westward, and the Honor 8 could be their next big thing regardless of your locale.

The Honor 8 is powered by an octa-core Kirin 955, which is clocked at 2.5GHz. The processor gets a boost from 4GB of RAM and you’ll have a choice of storage with options of 32GB, 64GB or 128GB although each variant has a microSD slot. The cameras are high-powered as well thanks to a Dual 12MP sensor setup with a Dual-Tone LED flash on the rear and an 8MP front-facing snapper for selfies.

In terms of connectivity, the Honor 8 has all the bells & whistles like 4G LTE, Wi-Fi, Bluetooth 4.2, NFC, and GPS along with a fingerprint scanner and an infrared sensor. It also has a USB Type-C port for quicker transfers and charges on its 3,200mAh battery. As for the display, again you’ll have a choice as one model sports a 5.2-inch FHD panel while the other has a QHD display with 2.5D glass. Last but not least is the OS, which is listed as Android 6.0 with EMUI 4.1.

The Honor 8 is expected to make its official debut on July 5th and it will arrive with three price points. The regular model with 32GB of storage will go for around $304 while the top-end QHD variant with 128GB of storage will set you back a cool $425… which is a heck of a deal. At the moment, we have no idea how wide of a release this one will get, but will keep you in the loop as we learn more.