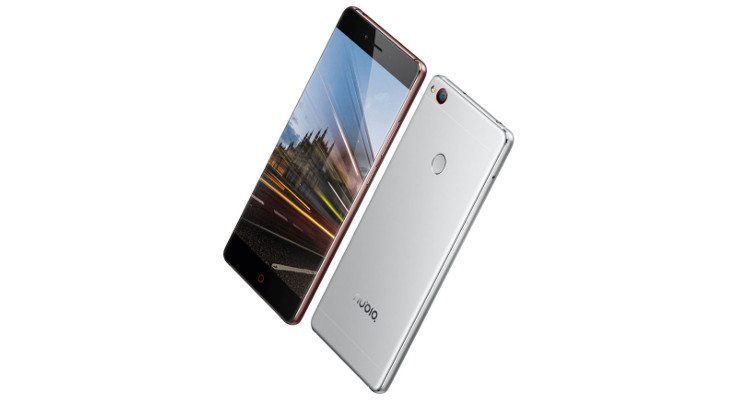 We’ve known ZTE was going to announce some new goodies today, and the big, bad smartphone known as the ZTE Nubia Z11 is now official. That means it’s time to take another look at the ZTE Nubia Z11 specifications now that we finally have a release date.

While most of the 2016 flagships are out of the gate, there are some interesting devices waiting to debut. ZTE is going to announce several today, but the ZTE Nubia Z11 has been on our radars for quite some time. There’s a good reason for that, as the slick handset has plenty of pop and is going to be more affordable than similar smartphones in its range.

Thin is in and so is the borderless look, which is what you’ll get with the ZTE Nubia Z11 thanks to 2.5D glass. The company says the handset has a screen-to-body ratio of 81% as well, and we aren’t going to argue that point after getting a look at the new photos. As for the display itself, it’s listed at 5.5-inches and will have a resolution of 1,920 x 1,080.

The processor that keeps things ticking is the Snapdragon 820, which is clocked at 2.15GHz and backed by 4GB or 6GB of RAM depending on which variant you choose. The 4GB model will come with 64GB of storage, while the 6GB edition has a whopping 128GB under the hood although both are expandable by an additional 200GB through a microSD card slot. 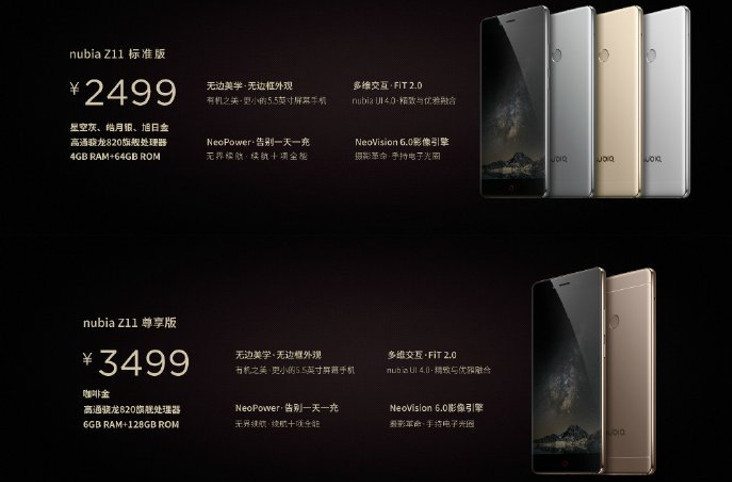 ZTE Nubia Z11 didn’t pull any punches in the camera department for the ZTE Nubia Z11, so you’ll find a 16MP sensor on the backside with a Dual-Tone LED Flash, OIS, and PDAF. The front-facing snapper is no slouch at 8MP and features an 80-degree wide-angle lens. Needless to say, you’ll be able to take sharp photos with the Z11.

Connectivity options include Bluetooth 4.1, NFC, GPS, 4G VoLTE, a fingerprint scanner, and a USB Type-C port. Audio enthusiasts will appreciate the AK4375 audio chip as well along with Dolby Atmos and a smart amp. The Dual-SIM device will draw its power from a 3,000mAh battery with Quick Charge 3.0 and runs Android 6.0 with Nubia UI 4.0 on top.

The ZTE Nubia Z11 will go on sale in China on July 6th in Gold, Gray or Silver….or you can opt for a limited edition Cristiano Ronaldo Z11 if you’re a football fan. The 4GB variant is priced at 2499 Yuan or $376, while the 6GB variant with 128GB of storage is a paltry 3499 Yuan or $527. That is ZTE Nubia Z11 price is quite attractive if you can live without a QHD panel, so rest assured we’ll keep you updated if this one gets a wider release.