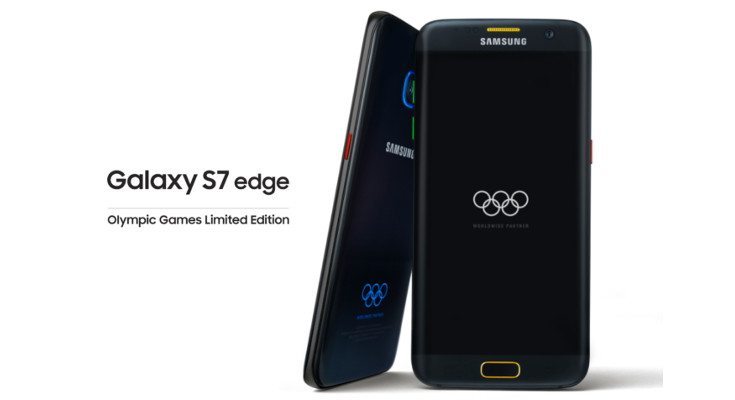 The Olympics will kick off in August, and while there will be many missing famous faces due to various concerns in the region, Samsung will be front and present. That’s due to the Samsung Galaxy S7 Edge Olympic Games Edition, which has been officially announced by the company ahead of a limited roll out on in a few short weeks.

You can’t always believe every leak that appears from the rumor mill, but when we got wind of the Samsung Galaxy S7 Edge Olympic Games Edition smartphone, there was nary a red flag in sight. Sammy loves variants as much as they love the Olympics, which has given us the new Olympic Edition S7 Edge. As expected, there is not much to say about this one aside from the design.

The Samsung Galaxy S7 Edge Olympic Games Edition is the same handset folks got familiar with earlier this year. It’s the S7 Edge in a fancy new wrapper complete with the Olympic rings, colored buttons, and some gold accents here and there. It’s not a bad looking smartphone by any means and is pretty powerful thanks to 4GB of RAM and the Exynos 8890 octa-core processor. All the other flagship features are there as well including a fingerprint scanner and the slick 5.5-inch QHD panel.

If you are an athlete competing in the games, Samsung will provide you with a brand new Samsung Galaxy S7 Edge Olympic Games Edition free of charge. For everyone else, you’ll have to pay an undisclosed amount, but will be able to do so on July 18 when they give it a limited launch in several regions like the U.S., Germany, Brazil, Korea, and China.

Would you be interested in picking up the Samsung Galaxy S7 Edge Olympic Games Edition if the price is right?