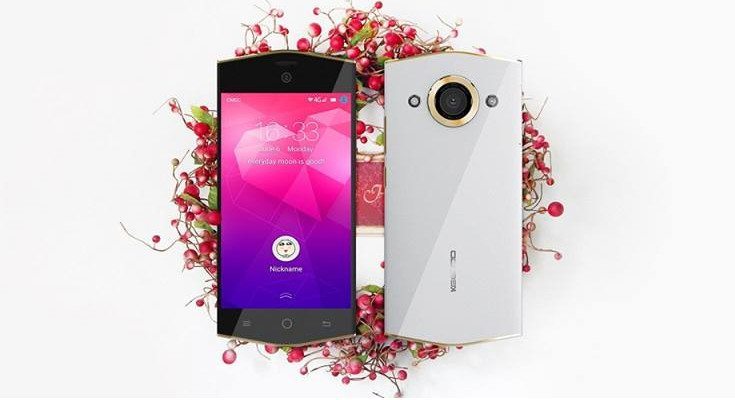 If you keep up with our site, you have probably come across several brands from the Far East that most folks have never heard of. Well, you can now add Keecoo Mobile to that list, and we have news on the company’s first smartphone, the Keecoo K1.

We don’t know much about Keecoo, but they have a new smartphone set to enter the wild in the Keecoo K1. At first glance, you may think the smartphone looks very familiar, and you wouldn’t be wrong for thinking that. It could be the twin of the Micromax Canvas Selfie A255 sans the big fist on the back.

While there are definitely similarities, the Keecoo K1 design actually appears to be a bit more angular that the Canvas Selfie, features a slicker backside, and has some shiny metal accents as well. It’s an interesting design choice, and certainly different from most of the handsets we see roll out. Designs aside, here’s what we know about the Keecoo K1 specs so far.

The Keecoo K1 will sport a 5-inch display with a resolution of 1,280 x 720. The power is provided by a 64-bit MediaTek MT673P and 2GB of RAM, while the internal storage is listed at 16GB. That said, it is expandable through the usual means so no worries there. As for the cameras, the Keecoo K1 will have a solid 13MP Sony sensor on its backside to go along with an 8MP selfie snapper. The Dual SIM handset will draw its juice from a 2,300mAh battery and will run Android 5.1 out of the box.

While the Keecoo K1 is the company’s first smartphone, they have produced several other types of tech including some sporty smart cameras. That would explain the solid camera setup on the Keecoo K1 smartphone, and the rest of the specs aren’t half bad either considering the smartphone is expected to be affordable. It remains to be seen how much this one will cost or when it will be released into the wild, but we’ll keep you updated as we learn more.