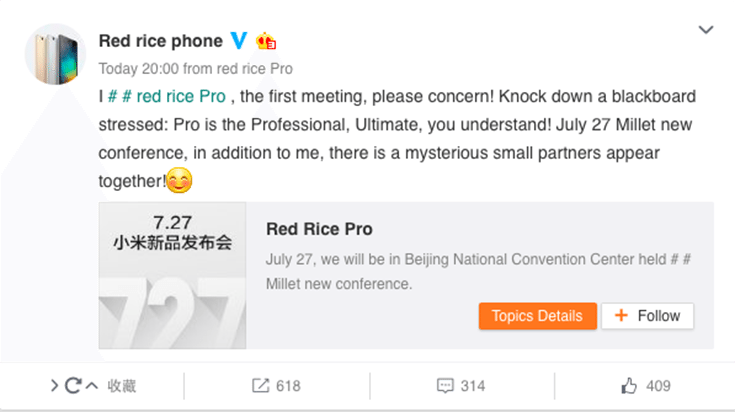 The Redmi series from Xiaomi has always redefined what a budget smartphone can do. Last week, there was an unknown device from Xiaomi that hit Geekbench sporting some amazing specs. It was very clear from the specifications that Xiaomi is targeting its Chinese rival, Meizu, and their very popular Meizu Pro 6. Now, Xiaomi has just stated on Weibo that a new phone, dubbed the Xiaomi Redmi Pro, will be officially unveiled at their July 27th event.

It was rumored that the successorÂ of the immensely popular Redmi Note 3, the Redmi Note 4, would be released at the event. The new naming scheme on the Xiaomi Redmi Pro suggests that it would indeed be a redefining moment for the Redmi lineup. 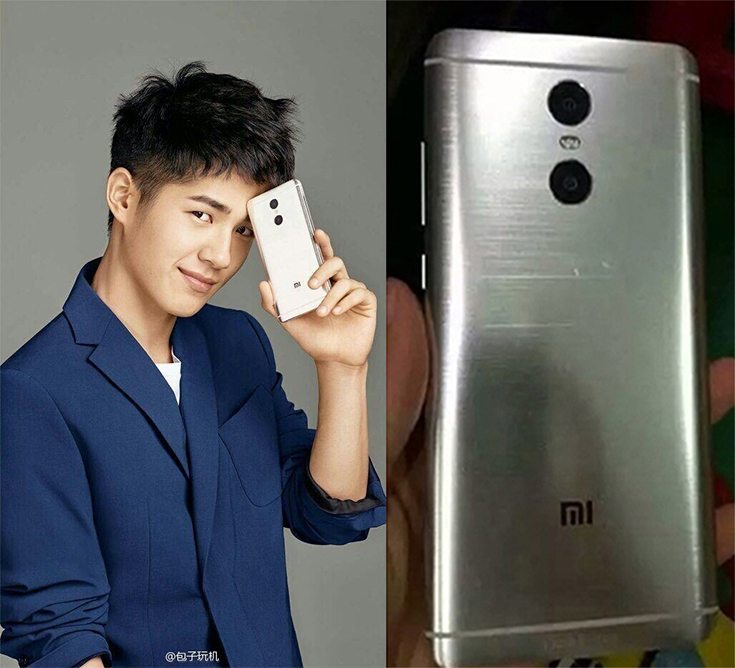 It is also stated that Xiaomi will unveil ‘a small partner’ along with the Redmi Pro. There is no confirmation on what this product actually is, but there are rumors about a Xiaomi Notebook. As far as the Redmi Pro is concerned there is still not solid information about the complete specs of the device.

The phone has the powerful Helio X25 deca-core SoC along with 4 gigs of RAM. This is the same chipset and RAM configuration used in the Meizu Pro 6 and is sort of like a direct reply to Meizu. Nothing much is revealed on the Geekbench listing apart from the fact the phone will run Android 6.0 Marshmallow.

Last but not the least, there is one specific rumor that has been floating around. Last week a leaked image of a Xiaomi phone revealed a dual-camera setup. If the rumor is to be believed, it might well be the Xiaomi Redmi Pro. It will be confirmed within a few days and it is in line to become the first ever phone from Xiaomi to flaunt a dual-camera setup. Looks like it is troubled waters ahead for the Meizu Pro 6.