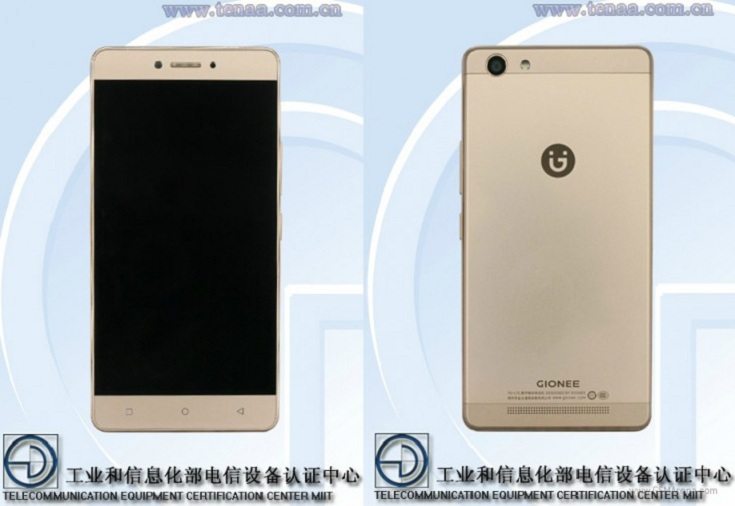 Back in July, Gionee revealed their latest two members in the M series, the M6 and M6 Plus and today’s news it that the Gionee M6 Mini just passed through TENAAÂ certification. The M series’s signature is the huge power plant (battery), which seems to be the focus of the company in itsÂ perpetual quest of winning the hearts and minds of users all around the world (orÂ market-share for that matter). And truth be told, having a smartphone that doesn’t require charging on a daily basis would be a huge improvement for many manufacturers.

Well, Gionee seems to be doing the right thing, as today’s TENAA papers show the latest Gionee M6 Mini boasting a laptop sized (and I am not kidding either) 4000 mAh power plant and a 5.3 inches wide display. To put things into perspective about the “Mini” particle, the M6 has a 5000 mAh battery while the M6 Plus plays in a league of its own, boasting a humongous 6020 mAh power cell, dwarfing its competition, leaving it in the dust or whatever you want to call it.

With the aforementioned handsets, Gionee dominates authoritatively the 5.5/6 inches market battery-size-wise, but what about the petite sized smartphones? Well, here the M6 Mini comes into play, joining the party. The little Gionee just passed China’s regulatory authority TENAA, meaning that it will go on sale any moment now. And during the certification process, some information was leaked, as usual, together with imagesÂ of the device. Also, some tech specs were revealed, i.e. the display of the upcoming Gionee M6 Mini is a 5.3 inches wide variety of 720p resolution, while the main camera has a 13 megapixels sensor with a LED flash. The secondary snapper is more modest, with a 5 MP sensor, the hardware platform is an octa-core architecture with the CPUs clocked at 1.5 GHz, working together with 3 GB of RAM and 32 GB of internal memory capacity. From the pic, it seems that the M6 Mini features the same metal chassis as its bigger brothers, but we’ll have to wait for more news, including the price tag and the official launching date.