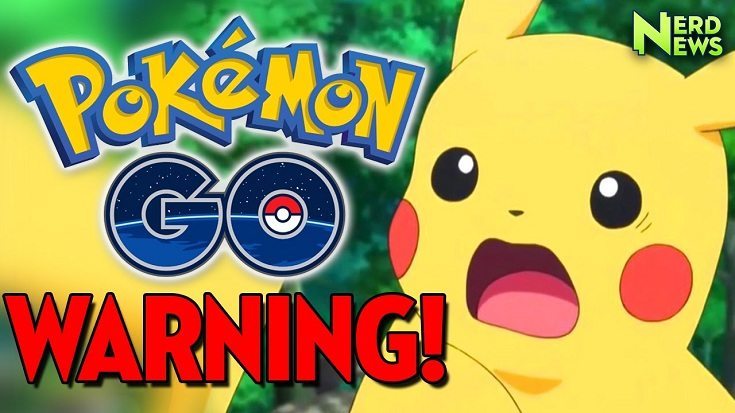 Even if Pokemon Go is a world-wide sensation with tens of millions of inter-galactic fans, Iran just did the unthinkable and banned the hugely popular game. Banned, as in officially banned, i.e. you can get thrown offÂ a building if caught playing Niantic’s latest release. Ok, I am just kidding a little bit, but Iran being an Islamic country ruled by the Ayatollahs, maybe Mohammed really had something to say in the KoranÂ about Muslims playing kuffar games like Pokemon Go, your bet is as good as mine.

These guys in Iran are taking Pokemon Go very seriously, i.e. theÂ  Iranian High Council of Virtual Spaces (it sounds pretty cool) released an edict which strictly prohibits the use of the game within the country’s borders. The official motive is about some unnamed security concerns and here I must agree with these fellas, as I wrote some articles in the past regarding the issues that may appearÂ whilst installing what some security experts named “malware” (Pokemon Go that is) on your droid/iphone or whatever.

The news about Pokemon getting banned in Iran were reported today by BBC, but the Iranian Council for Pokemon has not provided very clear details about their abrupt decision. I mean Microsoft OS itself can be seen as a security concern if you know a thing or two about IT, security, NSA and native-OS-Back-Doors. However, Iran is not the only paranoid country in the world; for example Russia and China (incidentally they’re all pretty hard-core dictatorships) Â have expressed their security-related-concerns about the smash-hit Pokemon Go, but they haven’t gotten so far as to banning an Android/iOS app. The idea itself is pretty ridiculous if you think about it, I mean banning something in the age of Internet, VPNs and the whole shebang.

China warned their militaryÂ that playing Pokemon Go while on-duty may reveal the location of their secret bases to the US Â (the white devils). Even the IDF (the Israeli army) warnedÂ its active forcesÂ aboutÂ hunting Pokemons due to the “super secret” issues regarding location services and cameras and what not. They may have a point after all, what do you think?