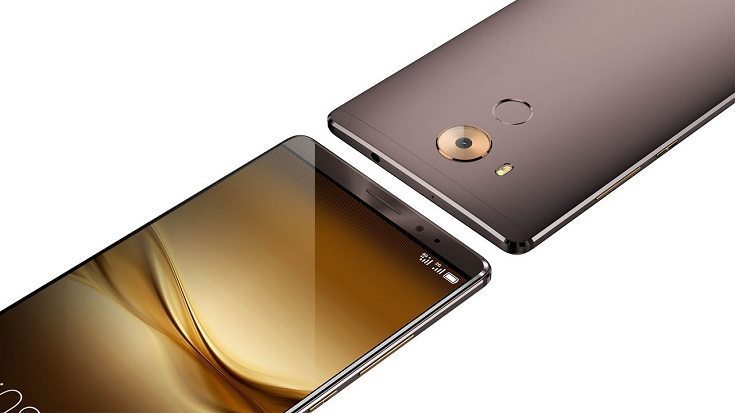 The new Huawei Mate 9 should be unveiled officially some time next month, in September at IFA, at least Â according to the rumor millÂ and the Chinese tech giant even Â scheduled a special press event during that period. So, we’re almost sure that the Â Mate 9 will hit the world one month from now, give or take, but today we have some leaked specs via GFX Bench. To play it cautiously, we will say that the leaked GFX Bench intel isÂ pertaining to the “alleged” (to use legalese) Huawei Mate 9, but then again, we’re almost sure that is the case.

So, what we’re dealing with here is the best source of semi-official information about upcoming/alleged devices, and I’m talking about GFX Bench, of course, as today an unknown Huawei-made device was tested and the spies were there to grab the information. The mysterious smartphone (or phablet) has a 5.9 inches wide screen of full HD/1080 resolution. To be honest, GFX got it wrong countless times in the past when it came to display size, so this “metric”Â must be taken with a grain of salt. However, when it comes to the system on chip specs, things start to clarify, as the device spotted features aÂ HiSilicon Hi3660 SoC, i.e. an octa-core architecture doubled by aÂ Mali-T880 GPU. 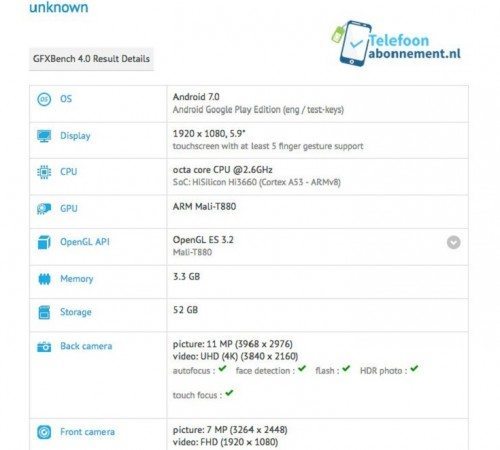 That spells Huawei Mate 9 100%. Just to remind you, the former P9 series from Huawei were built around aÂ Kirin 955 architecture, which comes with the serial number, wait for it:Â Hi3650. SinceÂ 3635 depicts aÂ  Kirin 930 SoC andÂ 3630 stands forÂ Kirin 920, it means thatÂ Hi3660 refers to the next generation of Kirin-based chipsets, which translates intoÂ good news for Huawei fans.The GPU is basically the same and the rest of the specs reveal 4 gigabytes of RAM, 64 gigabytes of internal memory capacity, a 12 megapixels main camera and an 8 MP secondary one for selfies/video-calling.