Meizu crept out of the shadows to introduce us to the Meizu M3E this week, but they aren’t done quite yet. An unannounced smartphone from the manufacturer has hit a popular benchmarking site, and we’ve got the scoop on the specs.

A handset without a proper name has shown up at AnTuTu and gotten benchmarked with some surprising specifications. The company has produced plenty of high-powered handsets over the years although flagship level handsets are far and few between. Unless the listing is bogus, we may have a new one headed our way in the very near future. 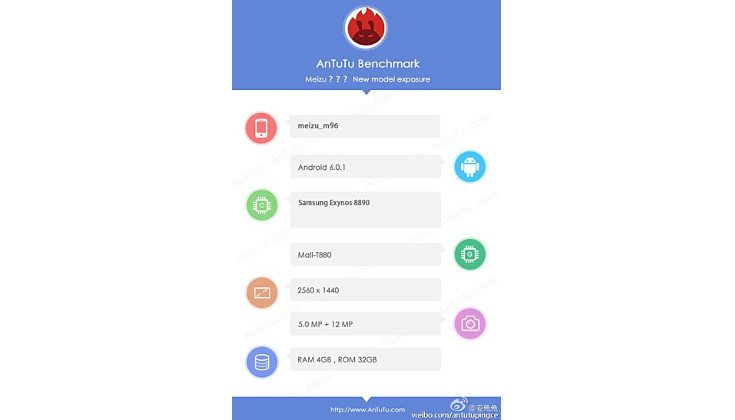 The Meizu m96 is the mysterious new handset from Meizu, and it’s set to arrive with the Samsung Exynos 8890 — quite a speedy chip. It will get a boost from 4GB of RAM as well with 32GB of internal storage space under the hood. The handset has a 12MP sensor listed on its backside while a 5MP front-facing camera takes care of the selfies. Last but certainly not least, is the display which is of an unknown size but carries a resolution of 2,560 x 1,440.

One has to assume whatever this handset turns out to be, it won’t be called the Meizu m96 when it lands. We’re not going to attempt a guess at what line this one will hail from, but hope we will hear something soon as it will certainly be one to watch if the price is right.