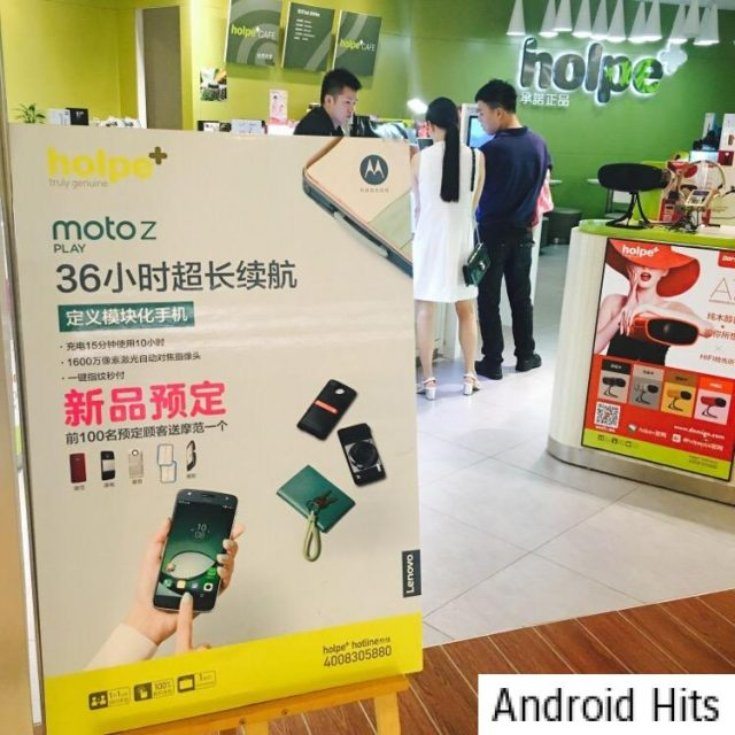 Who would have thought that the Moto Z Play, a smartphone who was starring in numerous leaks and rumors forÂ the last couple of months will show up in China? Well, considering that Lenovo bought Motorola’s mobile phones division, this is hardly a surprise, right? Well, today’s piece of news is that after the Moto Z and Moto Z Force were announced by the Chinese tech giant, the Moto Z Play was advertised on a promotional poster in China and the proof is in the photo below (at the bottom of the article), courtesy of Android Hits.

Despite the lack of any official announcements from the company, i.e. we don’t know the exact launching date nor the price, the rumored playful droid appears to be ready to roll. If you don’t speak Chinese, don’t worry, we have an approximate translation of the poster’s content, more about that right after the break. So, according to what we know so far, Motorola will launch officially the Moto Z and the tough Z Force at a special event that will take place in China on September 6th and according to the poster, which originated from Weibo, it appears that theÂ Moto Z Play will also be showcased, at the same event, at the same date and all that jazz.

The banner was spotted by a passer by in front of a Chinese retail shop and if the intel is accurate, Â the poster is about pre-ordering the smartphone or something along these lines. Also, the banner provides some tech specs for the respective device, which is advertised to sport a 16 megapixels camera and a battery which can last up to 36 hours (?) in stand-by, which is nothing to write home about really. Considering the fact that theÂ Moto Z Play already passed TENAA certification and it was bench-marked on Geekbench, we already know about its full HD/1080p display and the QSD 625 system on chip, the 3 GB of RAM/64 GB of native storage and the beefy 3600 mAh battery. Stay tuned for more news.