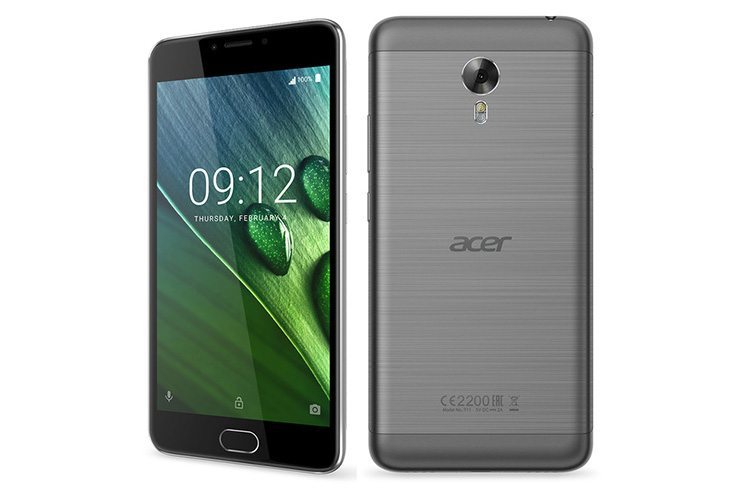 IFA has kicked off in Germany today and one of the first companies to announce their devices is Acer. Acer unveiled three new devices at IFA but all of them are budget to mid-range devices that do not have anything out of the ordinary. These devices will be targeted mainly at those looking to buy phones with decent hardware that do not cost much. The three devices are — Acer Z6, Acer Z6 Plus and the Acer Iconia Talk S Tablet. The one worth mentioning is the Acer Z6 Plus.

The Acer Z6 Plus is somewhat of a mid-ranger with decent specs. It comes with the MediaTek MT6753 octa-core chipset, which is an age-old chipset. It is disappointing to see the same chipset being used in a brand new device.

Supporting the octa-core chipset is 3GB of RAM and 32GB of internal storage. The storage can be further expanded via microSD. Acer Z6 Plus has a 5.5-inch display and a metal body with 2.5D glass on top of the display. It comes with a full-HD resolution which is a relief.

The camera specs are standard and the phone has a 13MP/5MP duo of cameras at the rear and the front. The only selling point of the Acer Z6 Plus is its large 4,080mAh battery which is expected to keep this device afloat for at least 2 days.

The other two devices that were unveiled include the smaller sibling of the Acer Z6 Plus, the Z6 and the Iconia Talk S tablet. The Z6 features the same MT6737 quad-core SoC, 1 GB of RAM, 8GB of internal storage and a 5-inch display with HD resolution. The phone comes in a plastic body unlike the Z6 Plus.