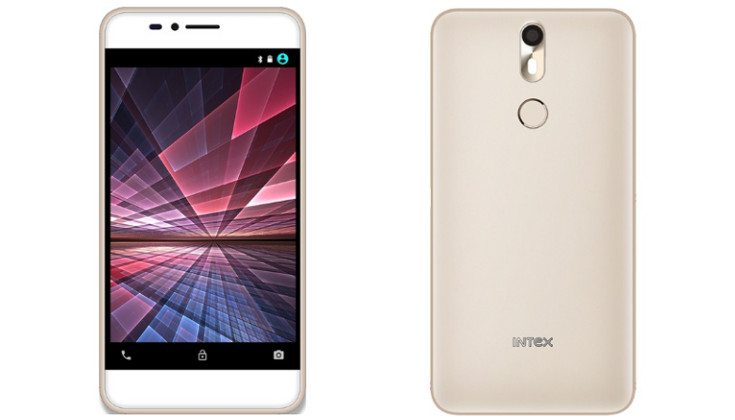 It’s hard to be original in the smartphone world these days, but it certainly helps when you don’t use the same moniker. That’s the road Intex has walked down with the Intex Aqua S7, which is set to debut with some fairly solid innards.

The Intex Aqua S7 specifications show us a device in the mid-range, but one with plenty of pop and a few flagships features thrown in for good measure. It’s a bit on the small side with a 5-inch panel, but the company says it sports a scree-to-body ratio of 69%, which isn’t too shabby. Overall, there isn’t a lot to say with the design — it looks like a typical Android handset.

In terms of power, the Intex Aqua S7 will get its pop from a 64-bit MediaTek MT6735 processor clocked at 1.3GHz and backed by 3GB of RAM. The storage is listed at 16GB, but expandable through the usual methods so you won’t have to turn to the cloud out of the box. As for that 5-inch panel it sports a resolution of 1,280 x 720, has a 2.5D edge, and is protected with Dragon Trail Glass from Asahi.

On the rear of the Intex Aqua S7, you’ll find a 13MP sensor with an LED flash. The front-facing camera isn’t as fancy at 5MP but will certainly get the job done. Connectivity options for the handset include Wi-Fi, Bluetooth 4.0, GPS, 4G VoLTE and Dual SIM slots. The handset will draw its juice from a 3,200mAh battery and runs Android 6.0 out of the box with the usual tweaks.

The Intex Aqua S7 specifications make it worth a look if you reside in India, and it will arrive in the region in three different hues with Rose Gold, Champagne, and Dark Blue. The Intex Aqua S7 price is listed at Rs. 9,499 which shakes out to around $142.