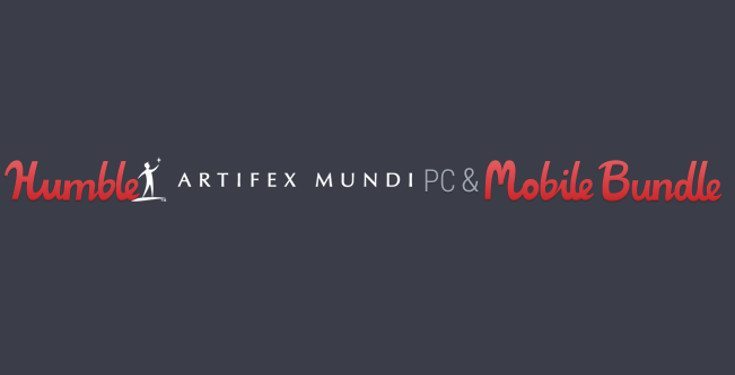 While we only get one true mobile Bundle per month now, the folks behind the Humble Bundle still have something new for mobile gamers today. The Humble Artifex Mundi Bundle has arrived, and along with it come eight great games for PC or Android.

Artifex Mundi is a name familiar to gamers that dig the hidden object genre, and they have cranked out plenty of fine titles over the years. They have also been Bundle members before, so while this isn’t their first time around the block, the games are some of their best. As always, it all starts with the $1 tier, which includes three games with Dark Heritage: Guardians of Hope, Vampire Legends: The True History of Kisilova, and The Secret Order 2: Masked Intent. 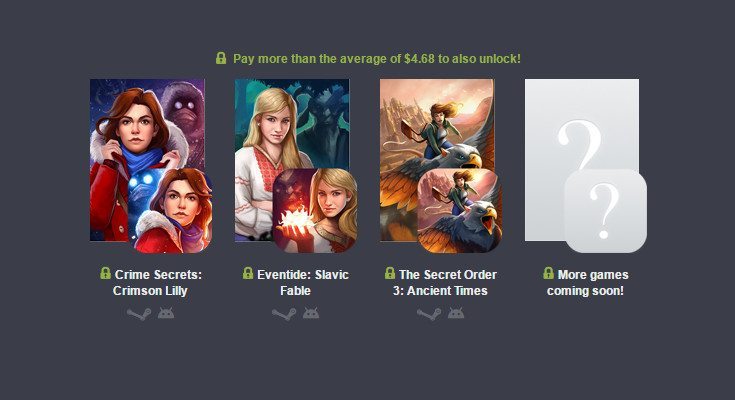 The next batch of games in the Humble Artifex Mundi Bundle unlocks when you pay “over the average” price, which changes frequently but is currently around $4.68 at this time. If you pay at least a penny more than the average rate, you will get The Secret Order 3: Ancient Times, Eventide: Slavic Fable, and Crime Secrets: Crimson Lilly. If you feel generous and go over $5, Grim Legends 3: Dark City and Mythic Wonders: The Philosopher’s Stone will unlock.

The Humble Artifex Mundi Bundle will benefit Child’s Play Charity and the Electronic Frontier Foundation along with the dev’s and Bundle makers. You choose the split, and you can also add your own charity to the mix if you have a favorite you’d rather fund. The Bundle is live for two weeks, and more games will become available next Monday for folks that paid over the average. All games come with Android versions and Steam Keys for Windows, Mac and Linux as well.