BlackBerry DTEK60 To Arrive in Stores on October 25th 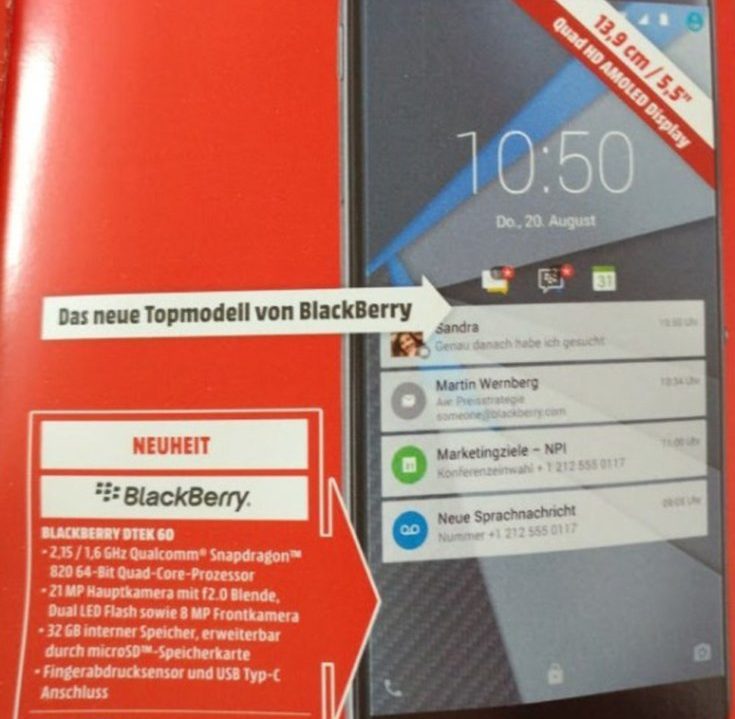 Despite the fact that the upcoming BlackBerry DTEK60 is a smartphone which hasn’t been announced officially by the Canadian tech company(ok, they leaked it, but that’s just weird), the droid continues to appear on pre-order on various websites from the US, Canada and UK, to enumerate just a few. Today’s piece of news comes from the United Kingdom via Pocket Lint and it’s basically a leaked info courtesy of German Media Markt (I know, it sounds complicated) which supposedly knows for a fact that the BlackBerry DTEK60 will become available in stores in the United States, Canada and Europe on October 25th.

There were earlier leaks and rumors in the past from the likes of B&H Photo or CrackBerry, disclosing the BlackBerry DTEK60’s tech specs, including the price which is said to be in the vicinity of $500. What’s very strange is that BlackBerry themselves kept very hush-hush about their upcoming flagship, as they failed to even confirm officially its existence.

Just as a quick reminder, the BlackBerry DTEK60 is the higher end successor of the  DTEK 50 and it’s set to be the first flagship device to be sold by the Waterloo based tech giant since the Priv. The DTEK 60  will run on Android (!) Marshmallow and it’s rumored to come with a 5.5” display, a 21 MP main snapper and an 8 MP secondary for selfies and God knows what. Under the hood, you’ll find a Qualcomm Snapdragon 820 chipset, and that’s awesome, together with 4 GB of RAM and 32 GB of native storage capacity. There’s also a finger print scanner on board, while the display is rumored to have a resolution of 2560 x 1440 pixels, which again, it’s flagship grade stuff. The retail bundle will include a BlackBerry fast travel charger and a soft shell-case. If the intel about the price and specs proves to be accurate, it looks like BlackBerry is back on track at last!