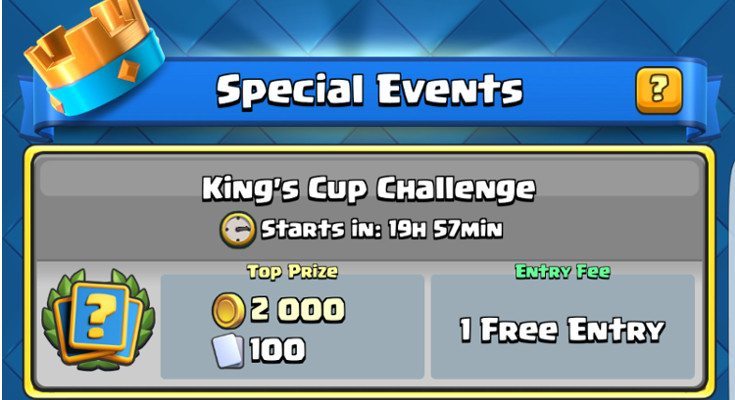 Not long ago we learned a new Clash Royale update was headed our way. That day has passed, but Supercell unleashed a larger update that brings forth Kings Cup Tournaments to the masses.

The new Clash Royale update is full of goodness, but we’re going to start with the big new feature. The Clash Royale Kings Cup Tournaments are a new way to boost your loot and are being referred to as a “Blind Deck” challenge. This means you get a random deck of cards for each battle and have no control over what comes into your hand. It also means you could get to use some cards you have yet to pick up.

If you play the tourneys, you know there are rules to follow and 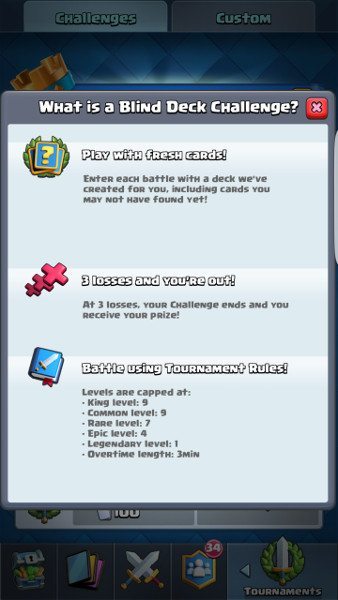 the Clash Royale Kings Cup Tournaments are no different. The usual 3-strikes and you’re out rule is still in play as are the tournament rules. Another important feature has to do with the Emotes as you can now totally silence your opponent in battle. Card request times have been slashed to 7 hours and three new achievements are available as well.

We have already told you about the balance changes coming in the new Clash Royale update. As much as we may dislike those, we will be betting four new cards to help shake things up. The first will be Tornado which hits the Builder’s Workshop next week. The other three cards are a mystery, but two will arrive in the Royal Arena with a common and Legendary. The last is in Frozen Peak and could be an Epic or Rare Clash Royale card.

If you haven’t logged in to do battle in a few days, the new Clash Royale update is live and ready to roll. The first Clash Royale Kings Cup Tournament takes place tomorrow although we don’t know the cost in Gem’s after the initial entry.