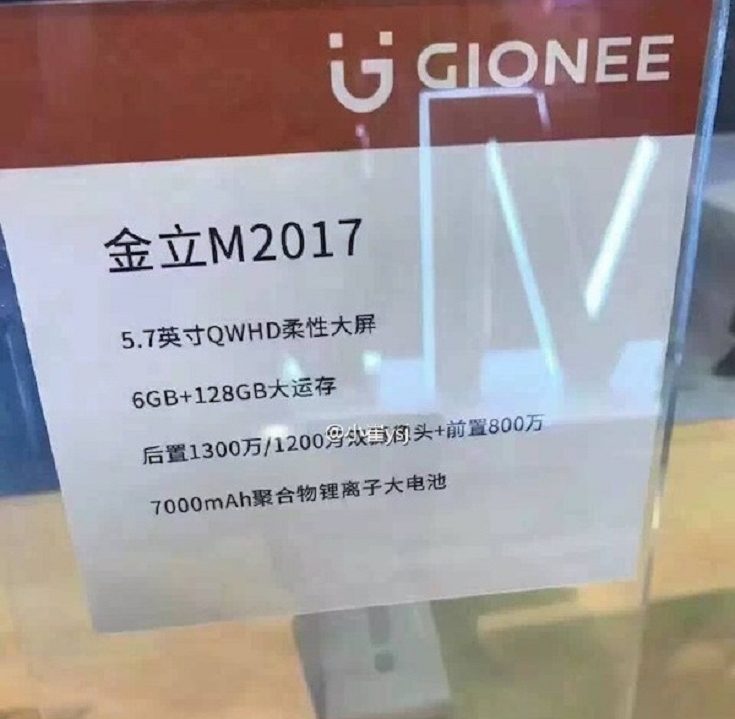 If you’re looking for the ultimate smartphone with regard to battery capacity, but without compromising in terms of display, camera and all the bells and whistles you’d expect in a flagship grade device, the upcoming Gionee M2017 may be the answer to your prayers. Also, if you think a 5000 mAh battery in a smartphone is too much, well, you’ve just been proven wrong, as today’s leaked intel indicates that the next flagship-eater Gionee M2017 will boast a monstrous 7000 mAh power plant under the rear panel, a laptop-sized battery which will probably keep the lights on for at least 5 days.

However, the Gionee M2017 is not just a brick of a battery attached to a feature-phone, as it boasts a state of the art curved display of 2K resolution and a dual camera setup. The leaked intel arrived to us courtesy of Weibo, the Chinese micro-blogging site and it contains both images and specs of the alleged Gionee M2017 device, revealing basically everything, ranging from its design and built to the display, camera and battery information.

Provided the leaked pictures are genuine, the Gionee M2017 is basically a phablet, sporting a 5.7 inches wide screen, a QWHD dual edged curved variety and it comes with 6 gigabytes of RAM under the hood and 128 GB of native storage capacity. The leaked intel doesn’t say anything about the hardware (chip-set) but judging from previous experiences, it may very well be a Mediatek architecture, something like a Helio X20 or X25, but we’ll have to wait and see about that.

The dual camera setup on the back panel uses a 13 MP/12 MP combo while the front snapper for selfies and video calling has a resolution of 8 MP. Since there’s no official information about a M2017 smartphone from Gionee, today’s leak must be taken with a serious dose of skepticism. Stay tuned. 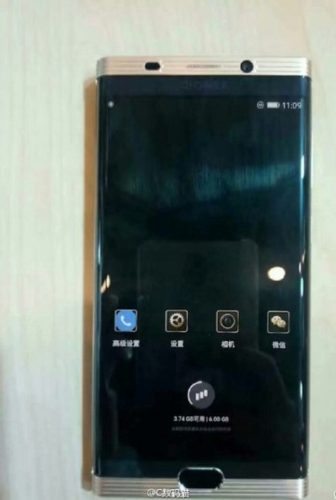 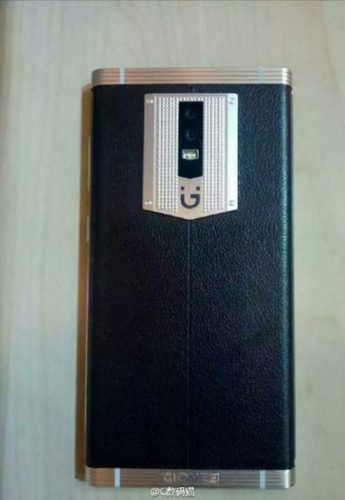