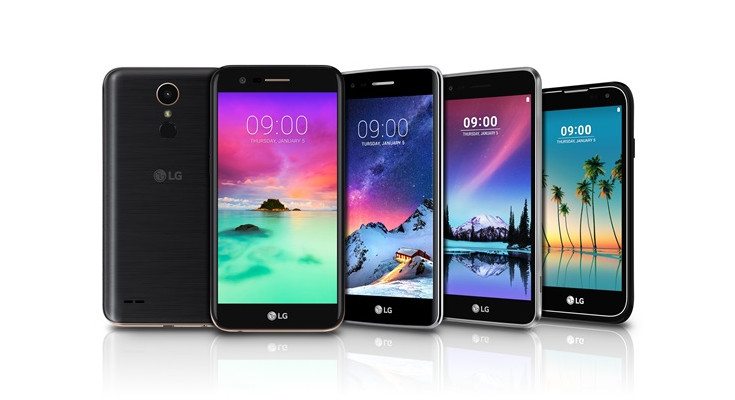 Details have been trickling out on the new LG K series 2017 over the past few weeks. Today the company has made things official, which means we have the scoop on the LG K4, LG K4 the LG K8 and the LG K10 smartphones.

Every major manufacturer seems to have a mid-range tier these days, or a few of them in Samsung’s case. LG is no different, and the K series is their latest affordable lineup of handsets for 2017. As we expected, the lineup is vast covering four different handsets. With that in mind, we’re going to kick off our LG K series coverage with the lowly LG K3.

This one is a small handset with a 4.5-inch 854 x 480 IPS display. A Snapdragon 210 will power the show along with 1GB of RAM while the storage is listed at 8GB but expandable up to 32GB. While weak on the inside, the cameras are a bit better with a 5MP rear sensor and 2MP front-facing camera. Other features to note include Bluetooth, Wi-Fi, 4G LTE, a 2,100mAh battery and Android 6.0.

The next step up in the LG K series 2017 edition is the LG K4. This one is a hair larger at 5-inches but has the same resolution. The connectivity options stay the same as does the RAM and storage so no major surprises with this one. The processor is still listed as the Snapdragon 210 as well. The only changes aside from the larger panel is a larger 2,500mAh battery and a 5MP front-facing camera.

Now for the actual mid-rangers. The LG K8 specs show a bit more power with a Snapdragon 425 and 1.5GB of RAM. The storage rises to 16GB and while the display is 5-inches, the resolution is now 1,280 x 720. The rear camera is listed at 13MP with an LED flash while the front-facing camera is 5MP. The battery stays at 2,500mAh although you will get Bluetooth 4.2 and NFC on this one. Another big perk is the OS, which is listed as Android 7.0 Nougat. 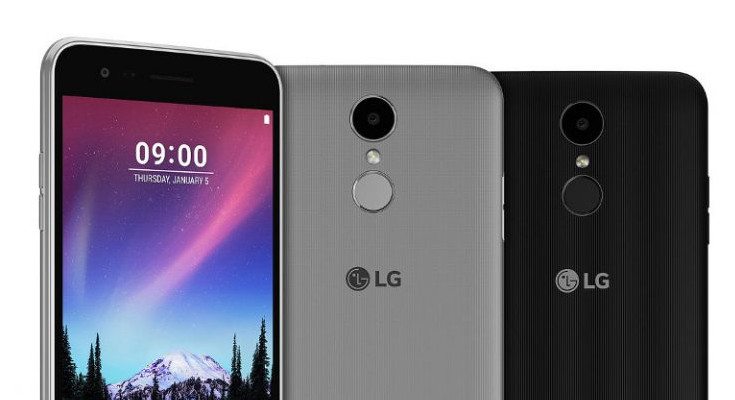 As expected, the LG K10 is the beefiest of the bunch and the only one with a different chip. It has the octa-core MediaTek MT6750 under the hood which pairs nicely with 2GB of RAM. As for the storage, you’ll get a choice between 16 or 32GB with both being expandable up to 2TB through the microSD card slot. Other features include a fingerprint scanner, 13MP/5MP camera combo and a 2,800mAh battery. It has the same connectivity options as the K8 and you’ll get Android 7.0 on this one as well.

LG let the cat out of the bag a bit early with the LG K series 2017 lineup, but it’s far from the last official leak we expect to see before the big show rolls around. Unfortunately, we have no idea of the price on any of their new handsets, but will keep you posted as we learn more.