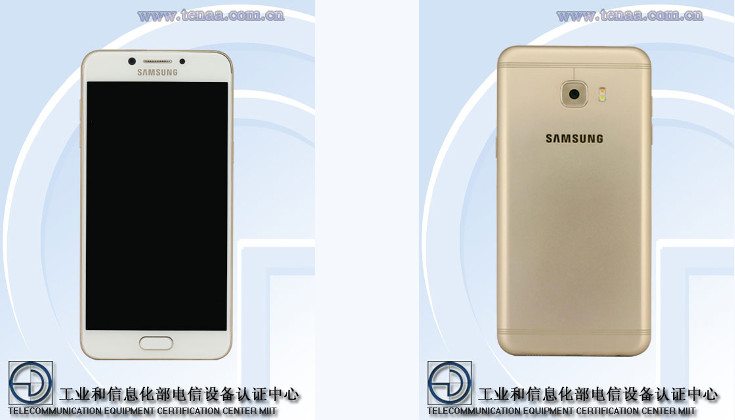 A few weeks back the Galaxy C7 Pro leaked through TENAA and now its little brother is up at the plate. The Samsung Galaxy C5 Pro specs have leaked ahead of a formal announcement and we have a few photos to show off as well thanks to TENAA.

Samsung’s C series was popular this year, and while not in the Galaxy class, the lineup is affordable. The Samsung Galaxy C5 Pro specs prove it’s got more horsepower than the regular model, and looks to be solid in all areas. There is not a lot to say when it comes to the design, but it is a step up from the regular model.

When it comes to storage, you won’t have to worry about the cloud with the Samsung Galaxy C5 Pro. It will have 64GB of storage out of the box and is listed with microSD card slot which allows you to expand up to 256GB. Other features to note from the TENAA listing include Bluetooth, Wi-Fi, 4G VoLTE, and GPS. The handset has a 3,000mAh battery and was certified running Android 6.0.1.

The Samsung Galaxy C5 Pro specs are sound, but the pricing will make or break this one like most mid-rangers in its class. We don’t know when this one will debut but will keep you posted as more details come to light.

What do you think of the Samsung Galaxy C5 Pro specs?