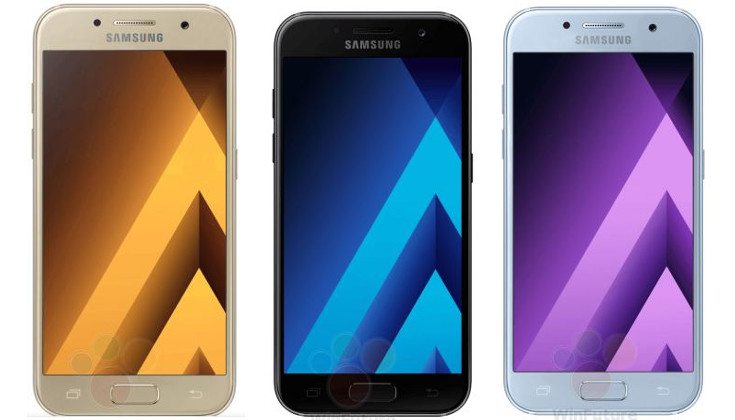 Samsung has always been popular in the rumor mill, but things have kicked into overdrive over the past few weeks. The Samsung Galaxy A5 2017 and the Galaxy A3 2017 have leaked again, but this time around we have some slick renders to gawk over.

The Samsung Galaxy A5 2017 and the A3 carry a similar design and look like this year’s models aside from a few changes. The phone is more rounded in these renders on the front and back although the button and sensor placement stays the same. They will have a metal frame and could be water resistant according to the report with the latter still up in the air at the moment. Both the A5 and A3 2017 will be available in Peach Cloud, Blue Coral, Gold Sand and Black Sky.

Both handsets are going to get solid upgrades under the hood if this one pans out. While the design may not change much, the specifications and price are far more important on budget handsets than the design. Thankfully, the new Galaxy A3 and Samsung Galaxy A5 2017 price should be affordable for most.