Towards the end of last month we reviewed a game called Cube Escape. After digging a bit deeper into the world of Rusty Lake, we’re back with our Rusty Lake Hotel review. It’s the first paid game from the developer and just as bizarre as the rest of their titles. That is a good thing.

Like the rest of the Rusty Lake series, Rusty Lake Hotel is a hidden object puzzler. This one involves a group of guests that you’ll need to assist at the hotel. Your job mainly consists of making sure their needs are met each night before the next day’s feast although you may be a bit surprised by what’s at the dinner table. Just listen to Chef Toad and Mr. Crow and things will be okay… for you at least.

What starts out innocently enough turns sinister as Rusty Lake Hotel is all about serving the guests to the guests. Yup, cannibalism is at the forefront with this one and it’s all the more fun as you’ll need to find some garnishes in the victims room unbeknownst to them. As for the puzzles, there are pretty damned tough. Some of the answers will smack you right in the face while others leave you wondering how in the hell you would have ever figured things out without cheating. The mileage varies by your brainpower. 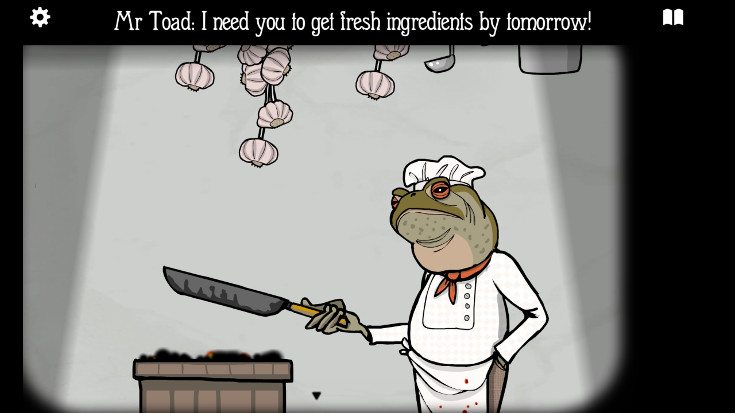 Rusty Lake Hotel is the type of game we can’t say too much about without giving all the fun bits away. That said, there is quite a bit of content as you’ll have to prepare five meals which means five different rooms to escape. That also means you may want to think carefully before choosing your next guest as those extra ingredients can mean the difference in how the meal is rated. Rusty Lake Hotel also uses a star system which gives you a surprise if you manage to get them all by the end of the game.

After playing all of the Rusty Lake Cube Escape games, I wasn’t really sure what to expect from Hotel. I was pleasantly surprised by the strangeness of it, and just as puzzled by the puzzles as I was in the previous games. I had to cheat more times than I can count, and most of those cheats were things I should have gotten to begin with. In other words, it will stump you but not because the puzzles are unfair. 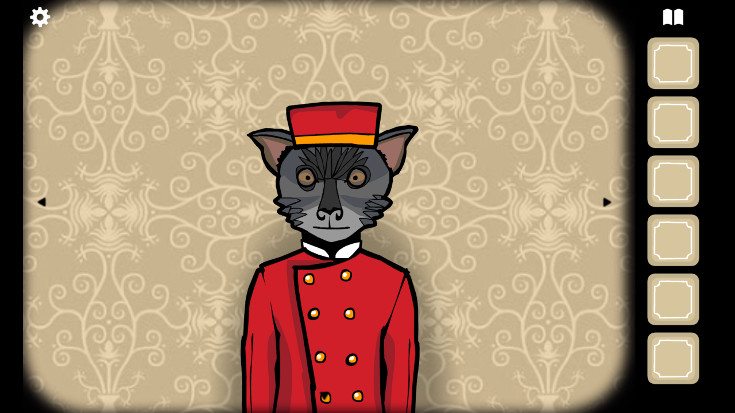 At the moment, Rusty Lake Hotel is marked down by 60% to $0.99 which makes it a hell of deal for the price. Even if you cheat a bit, it’s not the type of game you’ll get through easily so it will keep you busy for a while. If you’re interested in diving into the strange world of Rusty Lake hotel, hit up the link below.