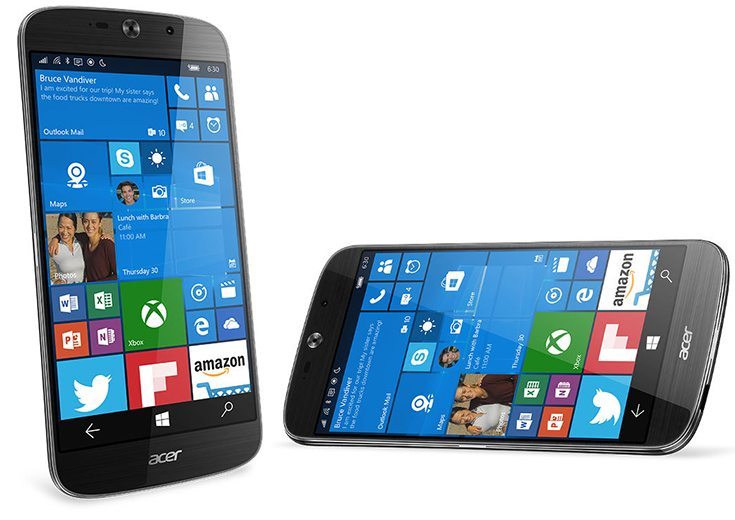 Windows flagships are still at the back of the pack compared to their Android counterparts, but things got better in 2016. The Acer Liquid Jade Primo was one of a handful of devices that got attention on the Windows side of things, but fans of the phone are in for some bad news today.

When you buy an entry-level smartphone or even a mid-ranger, sometimes you won’t get the latest your OS has to offer. Updates vary, but with flagships most consumers expect to stay updated especially considering the cost of the devices. In regards to the Acer Liquid Jade Primo, the German branch of the Acer has spilled the beans on the long-awaited Windows 10 Anniversary update. You can read the translated information below…

Unfortunately, the Anniversary Update for the Acer Liquid Jade Primo leads to instability of the operating system. As the satisfaction of our customers is our number one priority and the current version is technically flawless and resilient, we have decided to refrain from an update after thorough consideration.

Considering the Acer Liquid Jade Primo was released in April, that’s not what consumers are going to want to hear.  It may not have sold like hotcakes out of the gate, but it became very affordable through sales towards the end of the year. That means there are going to be a lot of unhappy customers if this is true. There have been similar reports stating the same thing, so you can take this one to the bank unless they have a change of heart.

If you are holding out hope for the Windows 10 Creators Update for the Primo, don’t count on that as it seems highly unlikely now. While it is nice to see the company feels their current version is “resilient and flawless” not all of their consumers are going to feel the same way.

Are you disappointed to hear Asus won’t update the Acer Liquid Jade Primo?