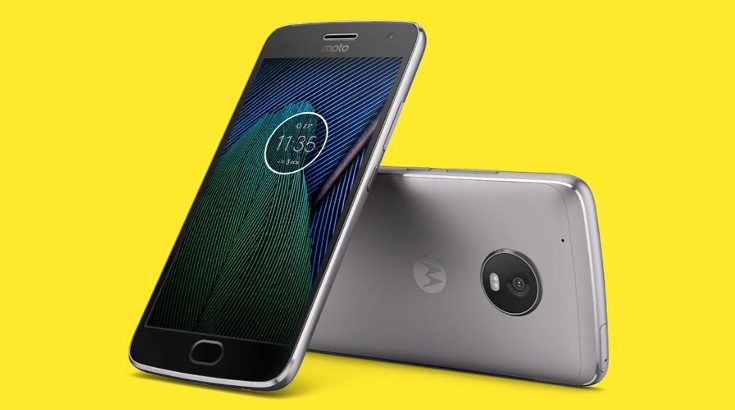 The Motorola G5 Plus has been leaking frequently. The Moto G5 Plus specs, price and details on its release have been in the news several times. A new leak shows photos of the upcoming smartphone with a style some may find familiar.

We have known the Moto G5 Plus was headed our way for a few months now. From Moto G5 Plus specs leaks to renders, we have seen some of everything. The smartphone should be officially announced within the next few weeks, but today new photos have shown up. It won’t win any beauty contests against the Mi Mix or S8 but is a good looking smartphone nonetheless.

This leak comes from Twitter @evleaks. The phone shown looks like the “live” leak we got a few weeks ago. That particular leak showed the Moto G5 Plus specs on a sticker on the front of the handset but not much else. The render today shows the front and back, which looks like the live shot and a few other design leaks. That leads us to think this is the real smartphone before it launches officially, which means the Moto G5 Plus release date is coming soon. Here is what we know of Moto G5 specs.

MWC 2017 will begin in a few weeks. Motorola is expected to be there along with many other smartphone manufacturers. Motorola will be one of them, which means the Moto G5 Plus may be shown off. More leaks may appear before then, we will keep you updated as MWC 2017 comes closer.

What do you think about the rumored Moto G5 Plus specifications and style?