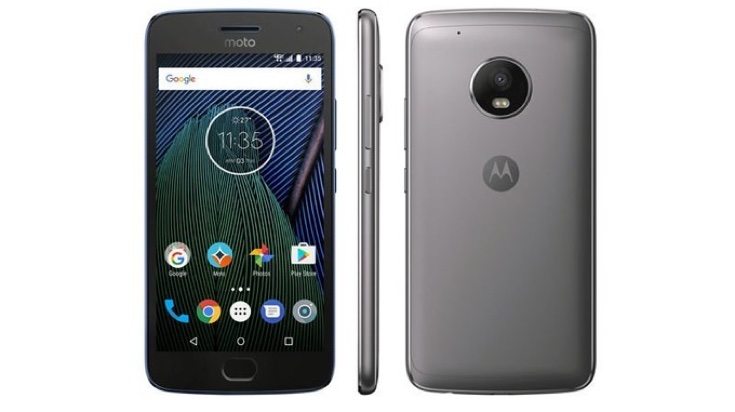 MWC 2017 has kicked off with a flurry of new devices being unveiled. As well as reveals from LG, Nokia, Huawei and more, we’re now catching up with new Motorola smartphones. We have the official Moto G5, G5 Plus price and specs as announced. If you’re in the market for a new mid-ranger, read on for the details.

The Moto G smartphones have been a huge success for Motorola, and the official Moto G5 and Moto G5 Plus are likely to continue that trend. They both have a metal build and water repellent nano-coating. We’ll kick off with the specs and price of the standard Moto G5. This one has a 1.4GHz Snapdragon 430 octa-core processor, 2GB or 3GB of RAM, and internal storage models of 16GB or 32GB (both expandable). It has a 5-inch display with Full HD resolution of 1920 x 1080, and a 2800 mAh battery keeps the lights on.

The Moto G5 has a 13-megapixel rear camera with f/2.0 aperture and PDAF, and up front it has a 5-megapixel snapper with f/2.2 aperture. The phone features a fingerprint sensor and runs the Android Nougat OS at launch. The handset weighs in at 144g and measures 144.3mm x 73mm x 9.5mm. The Moto G5 release is due in March and it has a starting price of €199. That’s equivalent to around $210, £170, or Rs. 14,000. It will be available in various markets including Latin America, North America, Asia Pacific, and Europe.

Next up is the Motorola Moto G5 Plus and it packs a 2GHz Snapdragon 625 octa-core processor. It comes with 2GB, 3GB or 4GB of RAM and either 32GB or 64GB of internal storage (availability will vary by region). The G5 Plus has a larger 5.2-inch display with Full HD resolution, and is juiced by a 3000 mAh battery featuring Turbo Power charging. It has a 12-megapixel dual-pixel rear camera with f/1.7 aperture and 4K video capture, and a 5-megapixel front-facing camera. The handset measures 150.2mm x 74mm x 9.7mm and weighs 155g.

The Moto G5 Plus price was announced at $229 for the 2GB/32GB variant or €279 for the 3GB/32GB variant, which gives an indicator of which models will arrive where. Like the G5, the G5 Plus will be sold in various markets and will release in March. Give us your first impressions of the official Moto G5, G5 Plus price and specs. Have you set your sights on either of these new Motorola smartphones?