ZTE Axon M – the smartphone with a foldable display! 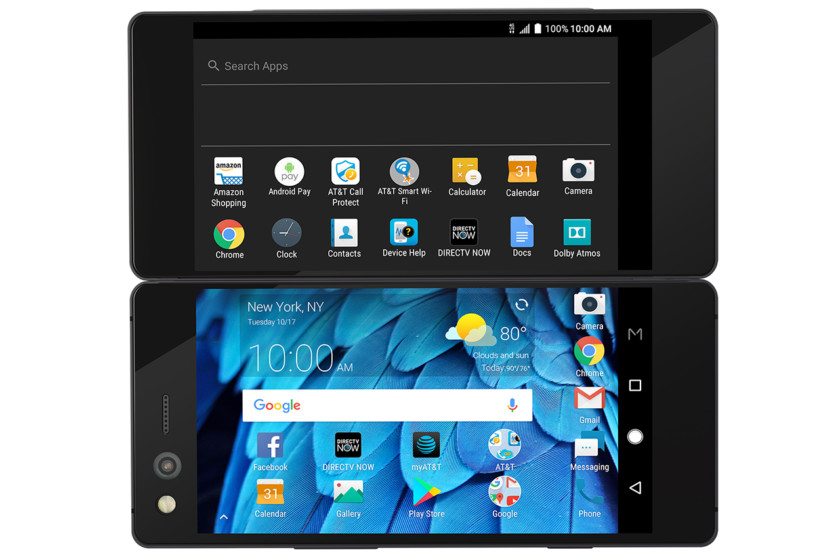 ZTE is probably not the first company you think of when you’re looking for your next smartphone. But even though it’s not that much known in the US, ZTE proved that it can offer great devices at a lower price than most competitors. But today, we’re not going to present you another midrange device, but a flagship with one incredible feature. Meet the ZTE Axon M – the only smartphone that has a foldable display! Let’s see what it can offer.

Let’s start with the most exciting feature of the Axon M – the foldable displays! The device features two 5.2” LCD panels with 1080p Full HD resolution. When folded, the second display is used as the rear of the device, and when unfolded, they combine into a giant, 6.8” display with 1920×2160 resolution. These are combined with a hinge, which is why the device is 12mm thick. That alone does make the device uncomfortable to hold when folded, but you can get used to it after some time. When unfolded, it pretty much looks like some game consoles, like the 2DS or 3DS, but with much larger displays.

This can offer lots of opportunities – for start, productivity and multitasking maniacs will love this phone. You can launch two different applications on the separate screens. So, you can write down an email on the first one, while looking for the details or calendar on the second one. You can also mirror the same screen, or extend it on both screens. We should note that some applications might not play well with that, but ZTE packed a software feature that could solve it. The hinge might be annoying at some point, and it will make your content a little awkward, but it shouldn’t bother you that much. It’s still nice that some companies are trying different ways of innovating in the stale and boring smartphone market. And with the Axon M, ZTE are among the ones that are worthy of that praise.

On the internal side, the Axon M features the Snapdragon 821 chipset, 4GB RAM and 64GB storage (expandable up to 2TB). There is a headphone jack, a fingerprint sensor on the power button, and the Nougat 7.1.2 version of Android. There are some tweaks in the software, but the overall feel and look reassembles stock Android. An Oreo update is in preparations, so as soon as the device hits the stores, it should be ready for an update. Interesting thing to note is that the Axon M has a single camera. The 20MP lens features f1.8 aperture and electronic image stabilization. The dual display negates the need for a front facing camera, so it uses the opposite display as a rear camera, and the same display it shares place with for selfies.

There is still no date on when the Axon M will be released, nor pricing. But it is known that in the US it will be exclusively available through AT&T.

Would you buy a dual display smartphone? Do you think they will become a trend in the upcoming period, or it’s just a gimmick like previous failures? Share your opinions in the comments below.