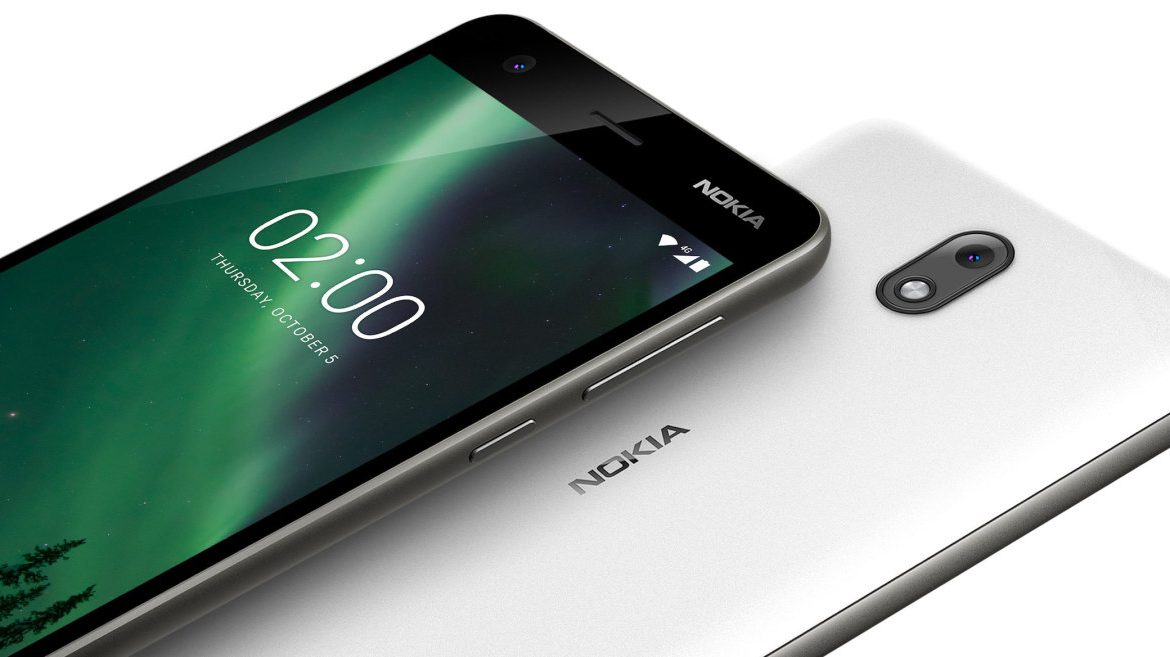 We talked previously how the Nokia brand is slowly spreading back into our lives. HMD Global, the company behind the brand, is on a mission to bring back Nokia devices slowly to the top. Today, the Nokia 2 is the next device to join their ranks. Announced on an event in India, let’s see what this device can offer.

The Nokia 2 features a 5” 1280×720 LCD display on the front, protected with Corning Gorilla Glass. The front facing camera and the branding are on the top, completing the front of the device. We can see that Nokia goes with the minimalistic approach, which I always find it appealing. On the back, you will find the rear camera with the flash and the speaker. The device is designed from plastic, which is pretty much expected for a device in this price range, with an aluminum frame on the edges.

The Nokia 2 won’t amaze any benchmarks, but it still packs a punch for the price. On the inside, the device is running on the quad-core Snapdragon 212 chipset, 1GB RAM and 8GB internal storage. You can expand the storage up to 128GB with a microSD card, if the on-board one is small enough for you.

The biggest feature of the phone is the battery. The Nokia 2 features an enormous 4100mAh battery. HMD Global claims that the device will last up to two days on one charge, thanks to the low-power consumption processor. Every other part of the device, from the display to the system design has been engineered to use the lowest amount of power possible from the battery. We would have to wait for the official release to test this claim, but judging from the gigantic battery, this will most likely hold up true.

As with the other devices from their current lineup, the Nokia 2 will come with the Android Nougat operating system, with promised Oreo update and security patches as soon as possible. Google Assistant will also be built-in, which is rarely seen on other devices under the same price range. The rear camera will feature an 8MP autofocus sensor, while the front one will be a regular 5MP one. There are no additional details about them, so again, we will have to wait to test them broadly until the official release.

I could see the Nokia 2 a great pick for people that don’t want to miss out on the features Android offers, while also getting big battery life. It will also be the perfect choice for children as their first smartphone, and the price justifies that mostly.

What do you think of the Nokia 2? Share your opinions in the comments below.