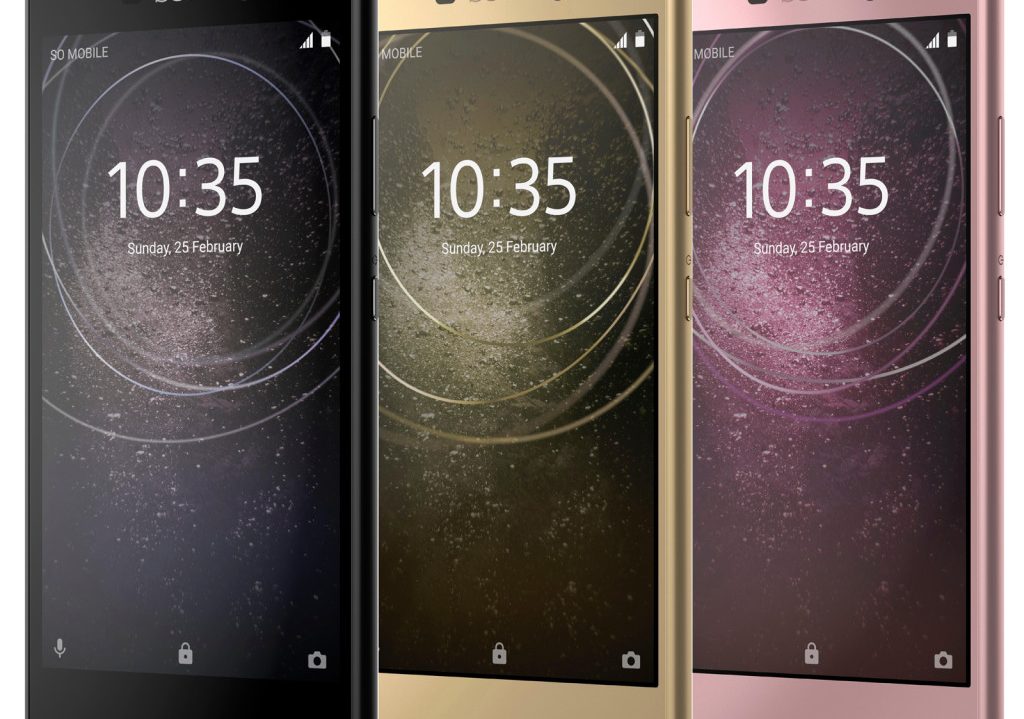 Sony had its hard times trying to stay competitive in the market. Mainly in the US, some odd problems that made them cut down on features made the brand almost disappear in the smartphone market. And while they did put excellent hardware and almost near stock Android software, they still did not stand out from the crowd to excite customers. Hopefully, that is about to change. At CES 2018, Sony announced three new devices, the Xperia L2, Xperia XA2 and Xperia XA2 Ultra. I’m going to talk about the Sony Xperia L2 in this one, so read on!

Sony could be desperately trying to enter the top tier market back, but the lower phones won’t suffer either. The overall Sony design could be great or boring for you, but they did upgrade it a bit. The Sony Xperia L2 is no stranger to this, with the only downside being the still large bezels. On the front, the 5.5”LCD display with 720p resolution fills the space. There are no capacitive buttons, so you’ll have to settle with the software ones. On the back, you will find the camera setup in the middle of the top side, with the fingerprint sensor right under it. The subtle and recognizable Xperia logo is placed right in the middle of the device. It is made from plastic, which is expectable for lower devices, but it does feel nice in the hand.

On the performance side, don’t expect anything amazing. The quad-core 1.5GHz chipset should be enough for everyday tasks and social media browsing. The 3GB of RAM surely is nice to be seen on lower priced devices, and the 32GB of internal storage should fit all of your data. And if its not enough, a MicroSD card expansion is available up to 256GB. The battery is on the bigger side, which is nice – 3300mAh. That means that you won’t have any low battery problems for the whole day.

The camera setup is decent on the Xperia L2. The rear camera is consisted of a single 13MP sensor accompanied by a flash. From the demo, we can see that it takes good pictures with decent dynamic range and good color saturation. We will have to test it out further out though before we can be sure. On the front, you will find an 8MP wide sensor, perfect for all of your social media selfies.

The device will come with Android Nougat 7.1.1, which is a big bummer. Android Oreo has been out from August, and it is sad to see new devices now coming out with the older version of Android. We could see an upgrade to Oreo later on, but we still don’t have any information for that. Some other notable features is the inclusion of an NFC for mobile payments and the US Type-C charging port.

There is still no information on how much will the Sony Xperia L2 be priced, but we do know that it will come out by the end of this month.

So, what do you think of the Sony Xperia L2? Share your opinions in the comments below.