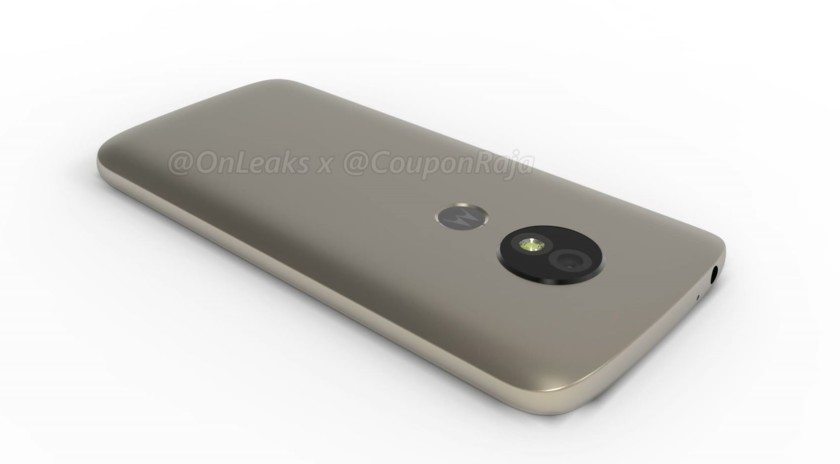 Motorola is still one of the top choices for budget smartphones that bring out the best value for your money. When Lenovo bought Motorola from Google, it had no intentions to change that. Instead, they continued the same plan, and even further expanding it to their line of smartphones. The Moto E is the company’s most known budget smartphone, offering entry level specs for a very low price. The Moto E4 is already doing well, and we have some details about the upcoming Moto E5. Let’s see them!

Mainly, the main thing that leaked in public was an image of the device. And looking closely at it, we can see many familiar, but also new details about the Moto E5. First, we can see that the device will have a similar shape to the previous Moto E4. The corners of the device are slightly curved, with the edges on the back also being slightly curved. The device will most likely be built from aluminum, continuing the trend from the previous generation of devices. The most notable change is on the back, where we can see the fingerprint sensor. It was moved from the front, which also means that there won’t be any capacitive buttons. Instead, they will be replaced with on-screen ones. The camera setup is also in the same circular look, which became kind of a trademark for all Motorola smartphones.

Unfortunately, we don’t have a lot of information about all of the specs, but we do have some to warm you up. Unofficially, the device will come with a quad-core processor, 2GB of RAM and 32GB of internal storage. Considering that this is an entry level smartphone, these specs are perfect. The battery should be capped at 3000mAh, which should be more than enough for a full day. There could be also a Plus version like the current Moto E4 Plus which should offer a 4000mAh one.

On the camera side, don’t expect anything spectacular. The rear setup should sport a 8MP lens with f/2.0 aperture. It should be decent in well-lit environments, but don’t expect any miracles. On the front, the Moto E5 should sport a 5MP camera, accompanied by a LED flash. For the casual selfie, it will be enough.

Ending with the software, we expect a clean version of Android Oreo, without any skins or bloatware. Motorola is most famous for this, and it only packs few features that are very useful. Like previous generations, it could come in three colors: Iron Grey, Blush Gold and Oxford Blue.

We don’t have any information about the pricing of this device, but we expect to be around the same range the Moto E4 is. What we could know is the release date. Rumors suggest that the Moto E5 could be released on April 3th, which shouldn’t be that much of a surprise. The Moto E4 was released in June last year, but Motorola never keeps a steady schedule of releasing their budget devices. Again, take everything with a grain of salt, since these are all rumors.

So, what do you think of these rumors about the Moto E5? Share your opinions in the comments below.