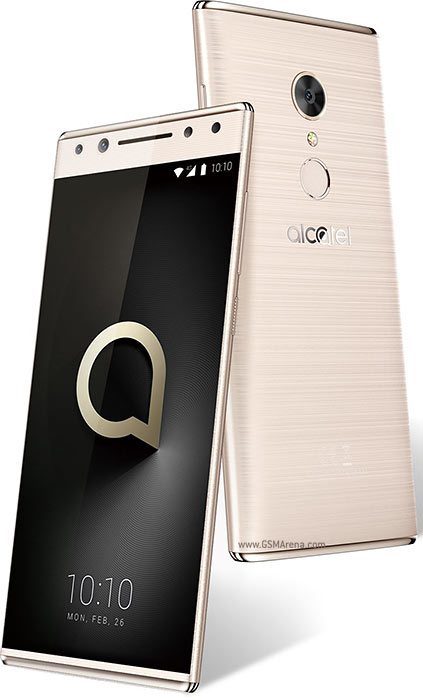 Alcatel has been known as one of the best brands in the budget market, giving you decent devices for a low price. They never got the attention in the flagship world, despite the fact that they managed to showcase some good ones. Nevertheless, that fact alone won’t stop them in creating top tier smartphones, and in the upcoming months, they will try again with the Alcatel 5. Many new details and pictures were leaked in the past month, so let’s take a closer look at them!

Alcatel is never known as the brand that offers great design. In most of their devices, you will find similar design choices as many other budget companies, with only few small changes. But, the design on their flagship devices has always been good and different from the other competitors. And from the leaked pictures, the Alcatel 5 is also heading towards that direction. On the front, you will find the 5.7” IPS LCD display with 1440×720 resolution. As you can probably guess, the device will feature the 18:9 aspect ratio. That means that the device will have minimal bezels, with the bottom chin being almost completely gone. On the back, you will find the camera setup in the middle top, with the fingerprint sensor right under it.

Performance wise, the Alcatel 5 will feature excellent hardware. Inside, the chipset powering the device will be the MediaTek MT6750. We’re sad to see Alcatel not going with something from the Snapdragon lineup, but the MediaTek one is also good. Accompanying the chipset, you will get 3GB of RAM and 32GB of internal storage. This alone says that multitaskers won’t have any problems, and if you need more internal storage, you’ll have the option to upgrade it with a MicroSD card. All of these specs are powered by the 3000mAh battery, which should be enough to last you through a full day of use.

On the camera side, Alcatel twisted things up a bit. On the back, you will find the single 12MP lens with f/2.0 aperture, which should be good in most situations. Switching to the front, you will find a dual 13MP + 5MP camera setup, with one of them being a wide lens. This suggests that the device will most likely feature the famous portrait mode. We do also know that those cameras will be used for a Face Unlock feature. That is a nice bonus, considering the fact that many others also implement it in their devices.

The Alcatel 5 will most likely feature Android Oreo out of the box, with Alcatel’s own skin on top of it. They do know to implement some useless bloatware and features. But since it’s Android, you could easily replace it with a custom launcher.

The Alcatel 5 will most likely be revealed at MWC 2018 in Barcelona, with a release coming up in the next month. Rumors suggest that it will be priced around $285.

So, what do you think of the Alcatel 5? Share your opinions in the comments below.