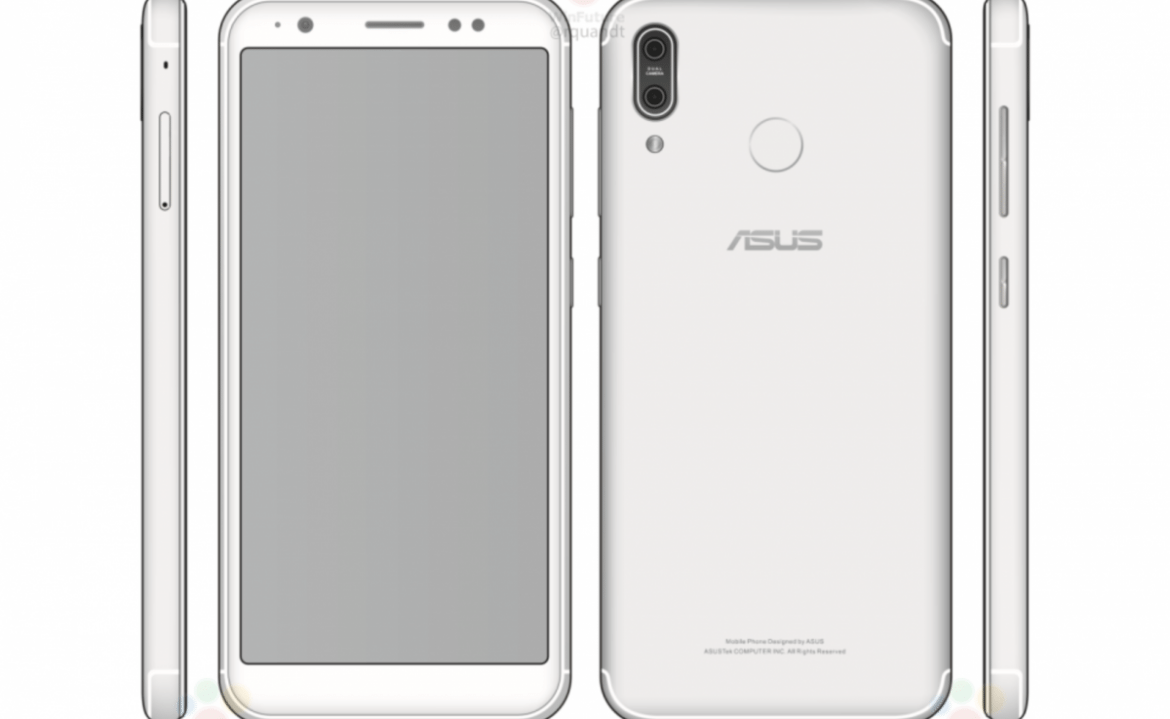 We all know that ASUS is probably most famous for their laptops. They’re pulling out some of the best notebooks that carry great hardware for a good price. But, they have been trying to get into the smartphone business in the recent years. The ZenFone lineup did made a buzz in the tech community, boasting great specs for a low price. And now, we have details about the upcoming ASUS ZenFone 5. Let’s see what the newest iteration of the device will offer.

The ZenFone lineup always had a design touch that made it different from other competitors. ASUS was one of the first companies to introduce curves in the design of smartphones, and that will also carry on to the ZenFone 5. The curved edges do look nice on the device. On the front, the 5.7” display will take up most of the space. We can see from the picture that the display is tall, suggesting that it will most likely feature the trendy 18:9 aspect ratio. The bezels are small, but not as small as some other devices. Going to the back, we can see that the camera is in the top left corner, with the fingerprint sensor in the middle. The subtle ASUS logo is sitting proudly in the middle.

The ASUS ZenFone 5 recently showed up on the benchmark ranking in Geekbench, the famous benchmarking software. From there, we can see what we can expect when it gets released. Starting with the processor, the ZenFone 5 will feature the Snapdragon 430 chipset. That means that you’d be getting an octa-core chipset, and per the benchmark, it will be clocked at 1.4GHz. RAM wise, the device will be packed with 3GB of it, which should satisfy any multitasker these days. On the internal storage side, we’re expecting anything between 16 and 64GB, with the possibility of gaining more through a MicroSD slot. Unfortunately, there are no details about the battery, but we’re expecting somewhere around 3000 to 4000mAh.

In the camera department, again, we don’t have many details about the specifications of them. But, we can see that the ZenFone 5 will feature a dual-lens setup on the back. Interestingly enough, they are placed in the same position as the iPhone X, which could be a bummer for some. We’re not that much bothered by it, since most of the smartphones today share similar positions. And judging from the previous devices, we’re also expecting decent quality in this device also.

Ending at the software, we’re getting Android Oreo out of the box, with ASUS’s own skin on top of it. The skin is OK, packing some useful features without much bloatware. In fact, it is available for download in the Play Store, but for selected devices.

The ASUS ZenFone 5 will most certainly be announced at MWC 2018 in Barcelona. Pricing details will most likely be available then, with a release the month afterwards.

So, what do you think of the rumors about the ASUS ZenFone 5? Share your opinions in the comments below.

One thought on “ASUS ZenFone 5 rumors!”