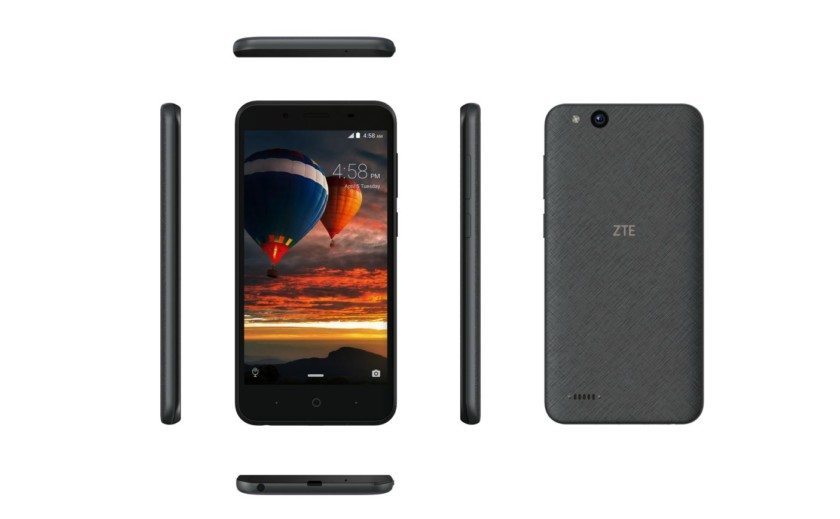 ZTE is among the many companies that are trying to compete in every range of the smartphone world. They’ve released many new devices recently, with the most notable being the dual-screen ZTE Axon M. Today, a day before MWC officially starts, they announced many new devices for this year. One of them is the ZTE Tempo Go, an entry-level smartphone that is among the first to run Android Go. Let’s see what can this device offer.

Starting with the design, on first look, I find it oddly intriguing. Not that it is anything special – it has a plastic back with metal on the sides, but the texture and placement of the components give it a minimalistic look. Plus, the grey variations on the back give it a stealthier look, a thing I like, but it doesn’t have to mean the same for you. On the front, you will find the 5” display with 480×584 resolution. It doesn’t pack in the famous 18:9 aspect ratio, but I can forgive it in this price range. Despite this fact, it is good to see that the bottom bezel is used for the navigation buttons. On the back, you will find the camera setup in the top corner, with a single speaker on the bottom part. The ZTE logo sits proudly in the middle.

As you could expect, the ZTE Tempo Go is not for those that want power. Instead, you’re getting the best value for a low price. With that in mind, the Tempo Go is packing the Snapdragon 210, a quad-core processor with a clock speed of 1.1GHz. On the memory side, you’re getting 1GB of RAM and 8GB of internal storage. The RAM should be enough for basic tasks, though don’t expect any hard-multitasking work done on it. The storage is pretty low in my opinion, but luckily it can be expanded with a MicroSD card. To end the hardware part, the Tempo Go will feature a 2200mAh battery. Considering the small display and low internals in it, it should be more than enough to last you through a day.

On the camera side, again, you’re not getting anything amazing. The ZTE Tempo Go will feature a 5MP rear and 2MP front camera. The rear one is accompanied by a flash, and it should be decent for a casual photograph or to capture a moment. Same thing with the front – aside from a casual selfie in good lightning conditions, don’t expect anything special.

Ending with the most exciting part, the ZTE Tempo Go is one of the first devices to ship with Android Go. For those of you that don’t know, Android Go is a special version of Android Oreo optimized for devices with 1GB of RAM or lower. It packs in many enhancements and optimizations that make the device run smoothly. Plus, it packs in Go versions of Google’s apps that are reduced in size and some features, while keeping the core purpose.

The ZTE Tempo Go is available for purchase unlocked on ZTE’s site, with a price of $79.

So, there you have it. What are your thoughts on the ZTE Tempo Go? Share them in the comments below.