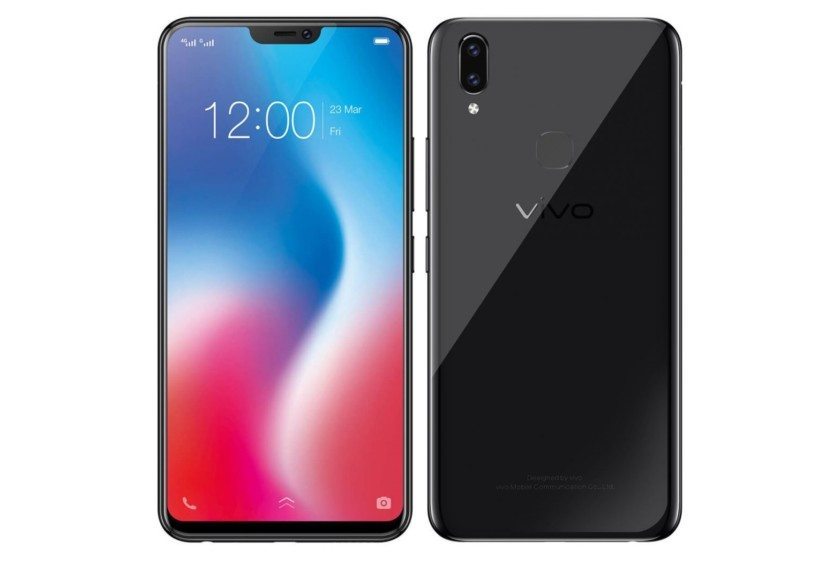 Vivo is currently walking the road of fame, thanks to some of their new and upcoming devices. They’re the first company to include a fingerprint sensor in their smartphone under the display. On the Apex, they increased the space for it even further, alongside the other incredible features. Today, they’re taking a step back as they announce the Vivo V9. It’s the company’s latest flagship offering that packs excellent hardware and design. Let’s take a closer look at it!

Starting with the design, we can clearly see that Vivo is not going to hold back on the current trends. And, as much as I don’t like this one, the V9 is also embracing the notch. It is in the same form as the one on the iPhone X, but a bit smaller. The notch makes for the push of 90% screen-to-body ratio, which is pretty impressive. The 6.3” LCD display with 2280×1080 resolution and 19:9 aspect ratio proudly fills the space. Rotating to the back, we can see the dual – camera setup in the top corner. Unfortunately, the fingerprint sensor isn’t placed under the display as we’ve seen from the other devices. Instead, it is placed on the usual spot in the back. It has a glass back with nice curved edges, and it comes in three different color options.

Moving on to the performance, we can notice that the Vivo V9 packs a big punch under the hood. Starting with the chipset, you will find the octa-core Snapdragon 626 processor inside. For a flagship, this is probably not the series you’re expecting, but it is still powerful enough to handle all tasks. Accompanied by 4GB of RAM, even the most notorious multitaskers should have no problems with it. The devices packs 64GB of internal storage, that can be further expanded with a MicroSD card. The 3260mAh battery should be enough for a full day of use.

Going on to the cameras, the Vivo V9 features a dual shooter on the back, and a single camera on the front. The rear 16MP + 5MP combination with f/2.0 aperture should take decent pictures. The second camera is for the famous “bokeh” effect, applying blur to the background of the picture. The front camera sports a 24MP lens with f/2.0 aperture. That could really step up your selfie or vlog venture, if you’re into those things. Plus, both cameras have AI enhancements that automatically improves the pictures, such as automatic lightning adjustments.

Finishing with the software, the Vivo V9 is packing Android Oreo 8.1 out of the box. The company’s FunTouch OS 4.0 skin is on top of it. It’s heavily customized and packs many features, which makes it feel bloated a bit. Furthermore, that could reduce the number of updates the device receives, as it has been the case many times before. But, since this is Android, you can easily customize it the way you want.

The Vivo V9 was just announced in China and India, with more markets to follow up in April. It is priced at around $350 – a pretty decent price for the whole package.

So, there you have it. What are your thoughts on the Vivo V9? Share them in the comments below.